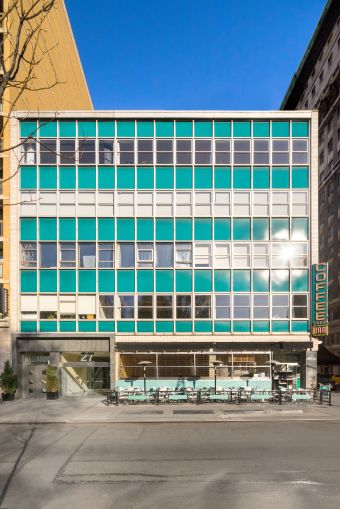 Sweet Chick nailed down 1,777 square feet for an eatery on the ground floor of 27 Union Square West between East 15th and East 16th streets, along with 400 square feet in the basement for storage, per information provided by the building’s landlord, GFP Real Estate. The space was previously occupied by vegan food chain By Chloe (now Beatnic) and was part of what was home to the iconic Coffee Shop diner before that.

The deal at the base of the five-story property, signed April 1, is for seven years, the landlord said. GFP declined to provide the asking rent but a source said it was $250 per square foot.

The new Sweet Chick is slated to open this summer. Newmark‘s Jason Pruger represented both sides in the deal. Also on the tenant side was Newmark’s Mai Shachi. Pruger was assisted by GFP’s Barbara Yagoda and Eric Gural on the landlord’s side.

“There has been a great demand for quick-service restaurant providers in Union Square, particularly for vendors looking for a second-generation space,” Pruger said in prepared remarks. “Union Square is one of the few active 24/7 locations in the city, which made it an ideal location for Sweet Chick due to its proximity to transit, high level of foot traffic and the outdoor farmers market.”

Sweet Chick opened its first location in Williamsburg in 2013. Its other restaurants are in Prospect Heights, Brooklyn; Long Island City, Queens; the Lower East Side and Los Angeles.