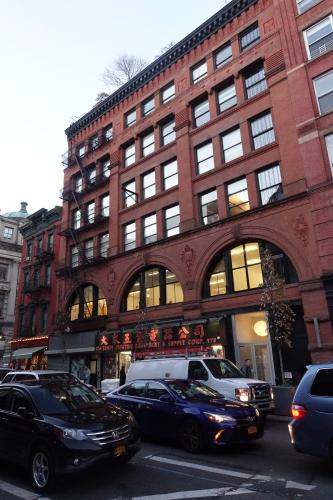 This will be the company’s first New York City outpost and the company is already occupying the space, according to a representative for Lee NYC.

Dennis Someck and Justin Myers of Lee NYC represented SpotMap in the negotiations while Janet Liff of J. Liff Co. handled it for the landlord, Split Rail Holdings. The length of the lease and the asking rent were not disclosed.

“As a fast-growing tech company, they had a need for office space that was inspiring, innovative and functional,” Someck said in a statement. “Though the Fam app relies heavily on virtual interactions, we’re excited to have advised their team and found a space that incorporates their needs and offers a great in-person experience.”

Liff & Co did not immediately respond to a request for comment.

The 1901 Little Italy building is six stories with seven residential units, according to StreetEasy, with the ground floor recently serving as an electrical supply store.