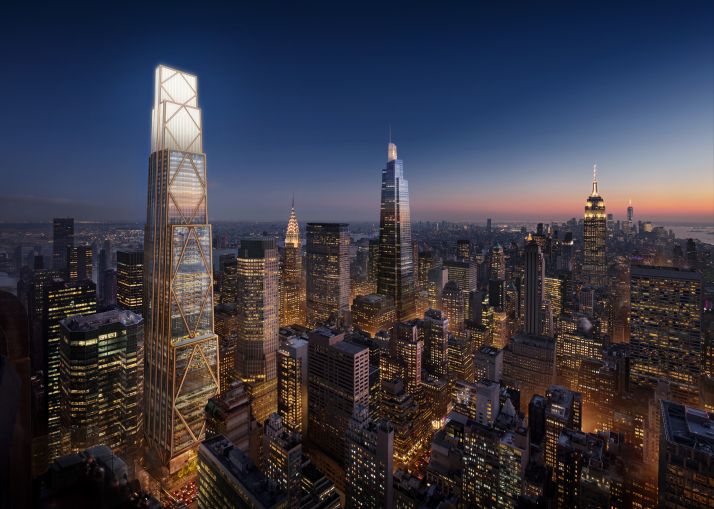 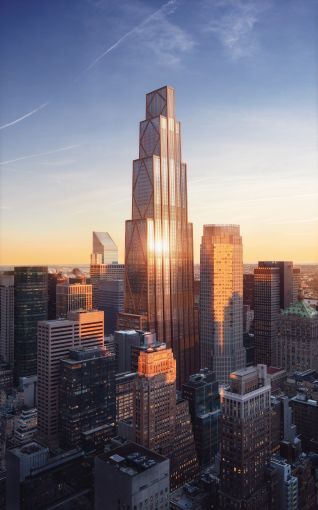 DBOX is a global marketing and communications agency specialising in property and architecture. From our studios in Los Angeles, Miami, New York, London, Budapest and Hong Kong we have delivered highly successful campaigns and acquired valuable knowledge of HNWI and multi-lingual audiences throughout Europe, the Middle East, China, Southeast Asia and the Americas. Rebecca Baird-Remba 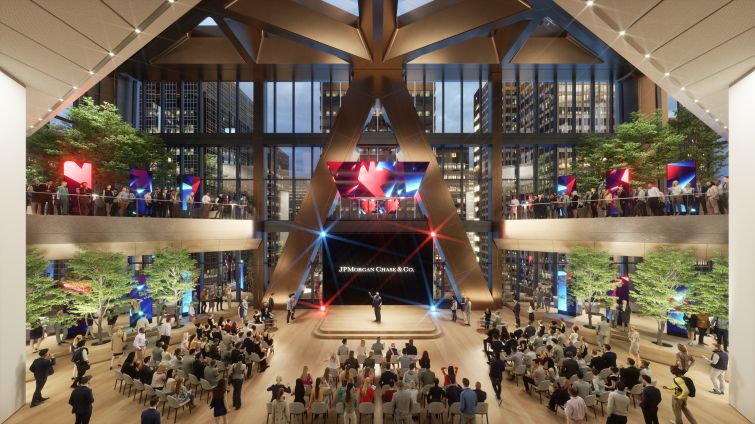 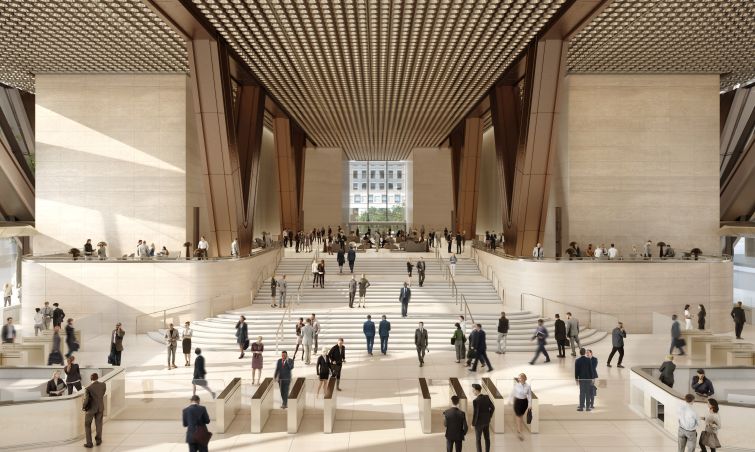 JPMorgan Chase has revealed the first official renderings for its new all-electric headquarters tower at 270 Park Avenue in Midtown East, where it has demolished the 1960s Union Carbide Building.

The 1,388-foot-tall, 60-story skyscraper, developed by Tishman Speyer, will house 14,000 employees on the block-long site between East 47th and East 48th streets, just north of Grand Central Terminal. The bank promises to build New York City’s largest all-electric office tower and is aiming for net-zero carbon emissions on a day to day basis.

The Foster + Partners-designed development benefits from the de Blasio-era Midtown East rezoning, which allows office developers to spend money on transit improvements and public space in exchange for the right to build larger skyscrapers. The 2.5 million-square-foot tower will include a large public plaza on Madison Avenue, intelligent building sensors that reduce energy usage, triple-pane glazing on the facade with automatic solar shades linked to the heating and cooling system, landscaped outdoor terraces, and water recycling systems that will reduce water usage in the building by 40 percent, according to JPMorgan.

The tower will include health and wellness center with fitness areas, yoga and cycling rooms, physical therapy, medical services, mother’s rooms and prayer and meditation areas. There will also be a large food hall on the lower floors and a top-floor conference center with sweeping views of the city.

“With our new headquarters, JPMorgan Chase is making a long-term investment in our business and New York City’s future while ensuring that we operate in a highly efficient and world-class environment for the 21st century,” Jamie Dimon, JPMorgan’s chairman and CEO, said in a statement.

JPMorgan also plans to join Brookfield Properties’ Manhattan West in sourcing all of its power from a hydroelectric transmission line in Canada, making it among the first major landlords to do so. The bank claims it has recycled, reused or “upcycled” 97 percent of the former Union Carbide Building, which was demolished two years ago amid criticism from preservationists and architecture critics, for the new tower.

The new 270 Park also utilizes a unique triangular structural steel system to lift the building 80 feet off the ground, partially because of subterranean projects like the East Side Access tunnel and new Long Island Railroad terminal.

Metropolitan Transportation Authority Chair Janno Lieber said in a statement that “it was challenging to thread the foundation of the new headquarters through historic Grand Central Station and the new LIRR Terminal below it, but we couldn’t have a better partner than JPMorgan Chase. Putting top-tier companies and thousands of jobs next to the best mass transit is key to New York’s future, and this project has been a model public-private partnership.”

Despite shifts in office usage by major companies (and JPMorgan recently caving to allow about 40 percent of workers to remain hybrid), Dimon previously said the bank was moving “full steam ahead” with the 270 Park project and plans to open it in 2024.