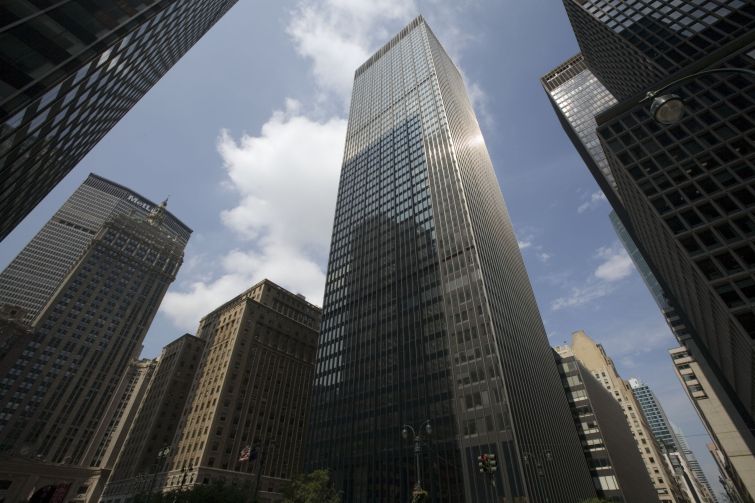 The current 270 Park Avenue, which JPMorgan Chase is demolishing to make way for a new headquarters. Photo: Michael Brown/Getty Images

JPMorgan Chase, the largest U.S. bank by assets and the largest private occupier of office space in Manhattan, is “moving full steam ahead” on the construction of a new headquarters at 270 Park Avenue, despite marked shifts in office usage by the bank and other major companies, according to Chairman and CEO Jamie Dimon’s annual shareholders letter out April 4.

“We are moving full steam ahead with building our new headquarters in New York City,” Dimon’s letter said, echoing a similar commitment he made in last year’s letter. “We will, of course, consolidate even more employees into this building, which will house between 12,000 and 14,000 people. We are extremely excited about the building’s public spaces, state-of-the-art technology, and health and wellness amenities, among many other features. It’s in the best location in one of the world’s greatest cities.”

Dimon also reiterated language surrounding changing trends in office usage, again acknowledging that remote work has changed the way JPMorgan approaches its workplace needs. “As a result, for every 100 employees, we may need seats for approximately 60 to 75 on average — with an appropriate increase in conference room, private office and amenity space to make it a great work environment.”

He did say, however, that a fully remote schedule for most JPMorgan employees simply doesn’t work, especially “when people don’t know each other.” Dimon then launched into a litany of concerns about what he sees as the ill effects of folks working from their kitchen tables.

“Most professionals learn their job through an apprenticeship model, which is almost impossible to replicate in the Zoom world,” he said in the letter. “Since the onset of COVID-19, JPMorgan Chase has hired over 80,000 new people into the company — and we are making sure they are properly trained on all aspects of our business, from their special role to the significance of conduct and culture. But this is harder to do over Zoom. Over time, this drawback could dramatically undermine the character and culture you want to promote in your company.”

As for JPMorgan going forward, “while it’s clear that working from home will become more permanent in American business,” according to Dimon, roughly half the bank’s workforce will continue to work full time at a particular location. About 40 percent of employees will work under a hybrid model, and the last 10 percent or so will work full time from home “in very specific roles.” The letter doesn’t specify which roles.

JPMorgan’s 2.5 million-square-foot tower at 270 Park Avenue is supposed to open in 2024, a year when the Manhattan office market in general might finally be shaking off the worst of the pandemic’s effects on leasing and occupancy.