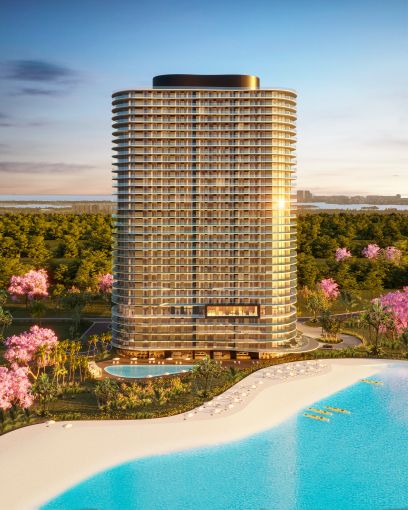 Jackie Soffer’s Turnberry Associates is partnering with Carlos Rosso to develop the first condominium inside the master-planned SoLé Mia development in North Miami.

Construction is slated to commence near the end of the year and end the fourth quarter of 2025. The duo has not yet decided whether it will seek outside financing for the construction, according to a spokesperson for the joint venture behind the development.

Sales will begin next month with prices starting at $500,000.

The $4 billion master-planned SoLé Mia community is a partnership between two storied real estate families — the LeFraks and the Soffers — but the LeFrak Organization is not involved in the development of ONE Park Tower.

Jackie’s father, Donald Soffer, developed much of Aventura into what it is today, including the Aventura Mall, one of the most successful shopping centers in the country. LeFrak is known for its sprawling residential portfolio in New York.

By its completion, the community will hold more than 4,000 residential units, 1.5 million square feet of commercial space and a 10-acre University of Miami’s UHealth Medical Center that’s now under construction.

For Rosso, ONE Park Tower is the second condo under his belt since leaving the Related Group as the head of its condo division. In Midtown, he’s developing a residential property in partnership with the Standard Hotel.