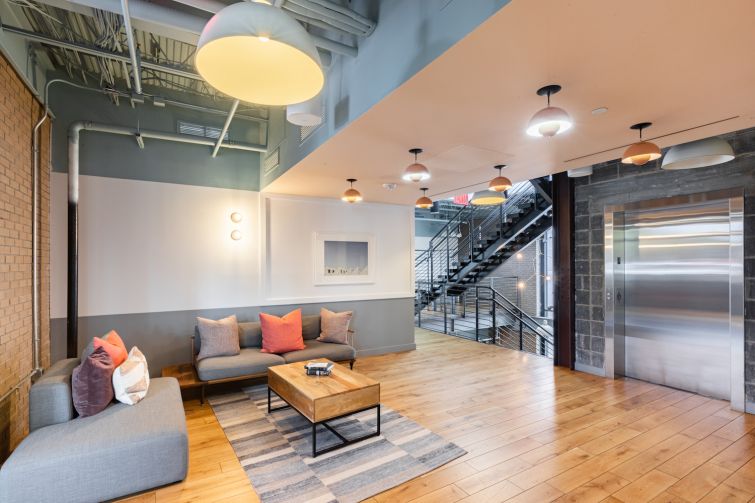 The trio of spaces expands Industrious’ D.C. presence to 12 locations, including the firm’s biggest one at 14 Ridge Square, which spans 41,399 square feet and is set to open in December.

“Coming out of the pandemic, it’s clear that people want to have more flexibility and autonomy in how and where they work, and that requires that they have access to a network of high-quality workplaces that they can easily access and work from,” Peri Demestihas, senior director of real estate growth at Industrious, told Commercial Observer. “As we looked at the existing options of workplaces in D.C., we identified a huge gap, especially within D.C. proper.”

The largest of the spaces is at The Hub at 1615 L Street NW, a 420,000-square-foot office building, in which Industrious will take 40,456 square feet and feature 533 total seats with 134 private offices. The location is slated to open in November.

“We believe that the right properties, with the right amenities and features, will bring people together,” Demestihas said. “We look for high-quality locations with walkable amenities, which is why Carr makes so much sense as a strategic partner. Their flagship development, Signal House, is a great example of placemaking done right.”

Since it began in 2017, Industrious has entered into partnership agreements with landlords rather than signing traditional leases, according to the company.  Existing tenants in the building can get access to Industrious through Access Passes.

As for the future in the area, Demestihas noted Industrious is on the lookout for new locations to build out the D.C. network, especially as more companies implement hybrid-first work models.

Carr Properties did not immediately return requests for comment.