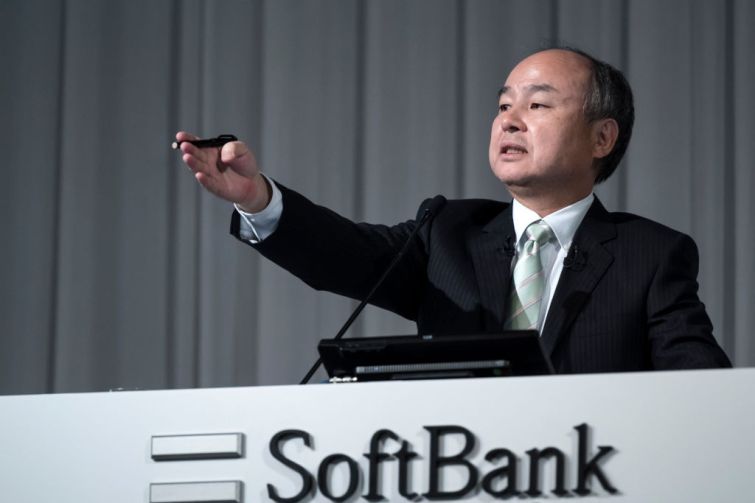 The venture fund more than followed through on its promise, delivering more than $300 million to a dozen Miami companies as of early 2022, a SoftBank spokeswoman told Commercial Observer. Recipients of SoftBank funding include FTX, a cryptocurrency exchange that bought the naming rights to the Miami Heat’s arena; insurance platform Betterfly; and Picsart, a photo-editing startup that in February announced it had moved its headquarters to Miami Beach from San Francisco.

Many saw SoftBank’s investment as a sign that South Florida, after decades of fitful efforts, finally was on the tech industry’s radar. Its announcement came in early 2021, a moment when Miami had captured the tech world’s attention — and needed something concrete to prove to Silicon Valley that a long-overlooked city finally had arrived. But it turns out South Florida already was rising as a tech hub even before a brand-name investor pumped a quarter of a billion dollars of venture capital into the region’s tech sector.

South Florida posted robust growth in tech jobs from 2015 through 2019, new research from Brookings shows. The region ranks as one of the tech sector’s “rising stars,” along with larger tech hubs such as Atlanta, Dallas and San Diego. The Miami-Fort Lauderdale metro area experienced tech job growth of 6.6 percent a year during those years, tied with Denver for the fastest pace among the nine metro areas highlighted by Brookings as emerging tech hubs.

In other words, even before SoftBank’s entry into South Florida, the region was making progress. Suarez, speaking at a recent real estate conference at the University of Miami, said his splashy announcement with SoftBank was a decade in the making.

“Miami is a 10-year overnight success story,” Suarez said. “This Miami moment that we’ve converted to a movement was very intentional, very comprehensive. And there were many people involved.”

However, South Florida ranks among a second tier of metro areas that have figured out how to grab a share of tech employment.

“By growing rapidly and increasing their share of the national tech sector, these metro areas were delivering on the promise of tech spreading out to create sizable new ecosystems in the ‘rest’ of America,” Brookings researchers Mark Muro and Yang You wrote.

South Florida’s playbook leans on a number of tactics, including pitching a more affordable cost of living and lower business costs compared to the major hubs, along with lower state and local taxes and a more welcoming regulatory environment.

That strategy already was in place before COVID-19 brought the U.S. economy to a halt. The pandemic, Suarez said, proved to be “lightning in a bottle.” With tech hubs such as San Francisco, Seattle and New York under strict lockdowns, South Florida looked like an attractive option to tech executives.

In 2021, Suarez even bought billboards in San Francisco. The message: “Thinking of moving to Maimi? DM me,” followed by Suarez’s Twitter handle.

Suarez said all of the efforts are bearing fruit.

Miami’s pre-SoftBank success is reassuring, given the unsettling news coming from SoftBank in recent months — including the departure of the executive who spearheaded the investor’s bet on South Florida. In early 2021, it was SoftBank CEO Marcelo Claure who announced the investment in Miami startups with Suarez.

“Marcelo came in right at the beginning and said, ‘I believe in you. I believe in what you’re doing,’” Suarez said at the UM conference. “But it was more than belief. He said, ‘I’m going to put a $100 million of SoftBank’s money into the Miami ecosystem.’”

However, Claure left SoftBank in early 2022 in a dispute over pay, and SoftBank has been roiled by recent losses in its tech portfolio.

“We were in the middle of a blizzard and the storm has not ended; it has gotten stronger,” Masayoshi Son, SoftBank’s founder and CEO, said in February.

But South Florida tech boosters are taking the headlines in stride. They say the broader message is clear: A major investor finally is taking the region seriously.

“Any time you have such a massive venture capital firm putting its money where it’s mouth is — and doing it in such a public way — that’s not only going to turn heads, it’s also going to move bodies,” Joseph Russo, founder and CEO of West Palm Beach startup Emergency Ventures, told CO.

SoftBank, for its part, says it’s not going anywhere. To the contrary, the company is negotiating for office space in Miami’s Wynwood district.

“SoftBank Group is here to stay in Miami and is committed to helping the city continue its growth as a lasting global tech hub. It will continue to invest in companies in Miami and beyond,” a spokeswoman emailed.

South Florida’s tech moment has been a long time coming. The region once seemed positioned for tech glory. IBM famously developed the first personal computer in Boca Raton, and Big Blue employed thousands of workers at its sprawling campus there. But in the late 1980s and early 1990s, IBM dramatically downsized its South Florida operations.

In an effort to regain the lost momentum, South Florida business boosters tried marketing the region as Silicon Beach. Then they rebranded it Internet Coast.

In 2003, then-Gov. Jeb Bush tried an ambitious new way to spur growth in Florida’s notoriously low-wage economy. He kicked off a $1.5 billion bet on biotech. Bush used state and local subsidies to lure nonprofit research labs to the state. The Scripps Research Institute of San Diego and Germany’s Max Planck Society opened labs in Jupiter, in Palm Beach County, and half a dozen other labs were recruited to other parts of the state.

Bush promised the effort would create tens of thousands of jobs, a flurry of biotech spinoffs and demand for millions of square feet of commercial real estate. Venture capitalists would flock to Florida in search of promising startups. But two decades later, Florida’s biotech bet hasn’t lived up to those hopes.

In 2021, Scripps Florida said it would become part of the University of Florida. That was not what South Florida boosters had hoped for nearly two decades ago — not after Bush personally courted Scripps with $579 million in state and local incentives, the richest economic development subsidy ever granted in Florida.

As it turns out, those setbacks were just potholes on a road to a thriving tech economy.

“We are metamorphosing beyond our old brand — which is a good brand — as the capital of Latin America,” Suarez said. “Now we are stretching out [at] a generational inflection point.”

For all the lofty talk, Suarez seems to acknowledge that the new breed of tech headquarters is likely to operate with largely remote workforces. The asset-light footprint is the opposite of the massive demand for wet labs and office space that Bush had envisioned for South Florida’s biotech industry.

Picsart, for instance, has 1,000 employees globally, but a company spokesperson told CO that Picsart’s headquarters is a “small, temporary space” in Miami Beach’s South Pointe neighborhood.

“Even though companies will be created and capitalized here,” Suarez said, “they will create jobs everywhere.”