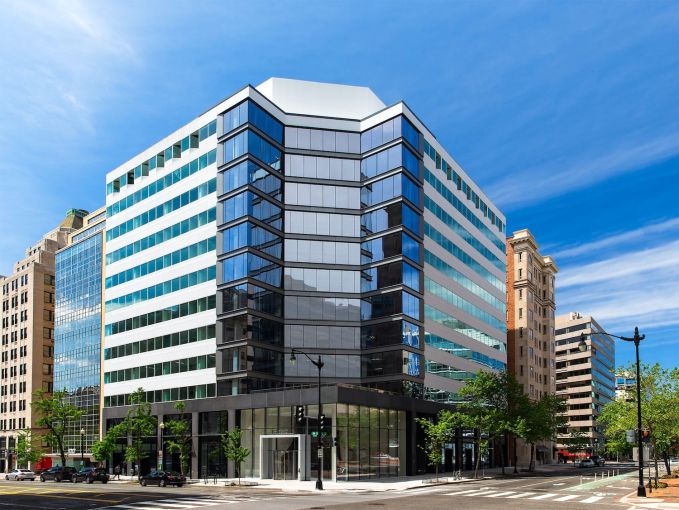 Enovational, a Washington, D.C.-based software and digital services company, filed for Chapter 11 bankruptcy protection in late March, and was granted court approval to back out of a large office lease it had signed in June 2021.

The tech firm was slated to move from its home at 1101 K Street NW to the Meridian Group’s recently renovated The Aleck, a 172,000-square-foot office building at 1400 L Street, taking the entire seventh through 12th floors of the building.

Enovational has assumed possession of the leased space and begun its buildout, but hasn’t yet moved in.

The lease called for payments of $66.9 million (subject to certain abatements) over a 10-year period, with an average annual rent obligation of $5.6 million, per court records.

The company could no longer afford the price, according to the company, which filed a motion to reject the lease.

“With a move-in date only weeks away, and rental payments due not long thereafter, there is a plain incapacity of the debtor to withstand these obligations while endeavoring to effectively reorganize its affairs,” argued attorney Maurice B. VerStandig in the motion.

The argument further states that the rent “would be crippling” to the organization as Enovational was focusing on “belt-tightening and reorganization.”

The company states in its court filings that removing its contractual obligations, such as this lease, would go a long way in helping it get back on track. The court records show that it grossed $11.8 million in 2020, $22.3 million in 2021 and $2.8 million between the start of 2022 and its bankruptcy filing at the U.S. Bankruptcy Court for the District of Columbia on March 26. Furthermore, although it has nearly $20 million in accounts receivable, only about $5 million is collectible right now.

Enovational already is cutting costs, laying off 43 employees this week, according to the court document.