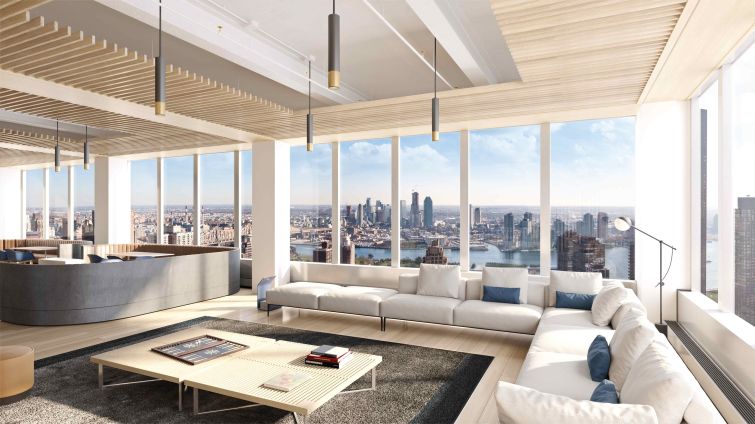 The Durst Organization landed $100 million of financing from JPMorgan Chase Bank on its 40-story Midtown East office building at 825 Third Avenue, according to property records made public on Thursday.

The three-year loan, which closed on April 4, will help pay for a recent $150 million renovation that upgraded nearly every aspect of the property including its mechanicals and windows, Lucas Durst, a financial associate at the firm and Jonathan Durst’s son, said in a statement.

“The proceeds will help back-pay for building improvements that have already been made and for [tenant improvements] and other improvements as we lease up the building,” the younger Durst said.

Durst began to update the facade, lobby, mechanicals and elevators of the tower three years ago after Advance Media left its longtime offices, and the building remained completely vacant during the work, Commercial Observer reported. One of the biggest selling points of the property was its windows that can play videos or be used for conferences, which cost about $50,000 a panel.

Other renovations to the building include equipping the lobby with terrazzo marble floors and white stone walls, adding a 12th-floor terrace and a 15,000-square-foot amenity space on the second floor with a fitness center and a 3,000-square-foot lounge on the ground floor outfitted with a coffee and wine bar and arcade, CO reported.

At the time of the tower’s vacancy in 2020, Tom Bow, Durst’s executive vice president, told the New York Post the property would be the landlord’s “flagship building and have our flagship amenities.”

Durst just started leasing the building this year, with asking rents ranging from $78 to $98 a square foot, Commercial Search and CO reported.

The firm snagged a similar-sized loan from JPMorgan on 825 Third in 2017 as part of a $1 billion debt package on five Manhattan properties, which it planned on using to acquire new properties, S&P Global reported at the time.

JPMorgan did not immediately respond to a request for comment.