The connection between office-using jobs and job growth has largely disappeared, the analyst said. 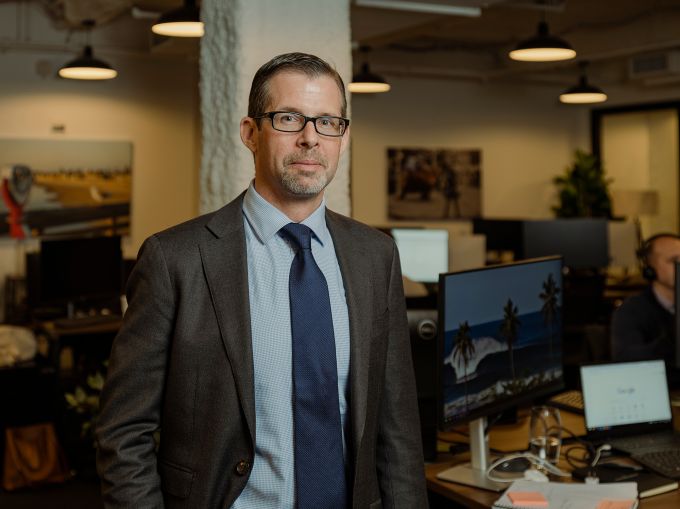 It doesn’t take a genius to figure out the impacts of COVID-19 on commercial real estate.

Work, dining, shopping and travel habits — the last couple of years disrupted each one and speeded up changes in the industries that invest in and service them.

One of the people paid to crunch the numbers on these commercial real estate disruptions is Cedrik Lachance, the director of research for Green Street Advisors, the Newport Beach, Calif.-based research firm analyzing more than 130 real estate investment trusts (REITs), all the big ones and many of the not-so-big ones, to see which trends are overhyped and which are underappreciated. Fortunes could ride on the answers.

Commercial Observer met with Lachance in mid-April when he was in Manhattan to serve on a panel at New York University’s Schack Institute of Real Estate’s annual real estate investment trust symposium.

His remarks have been edited for brevity and clarity.

What are your thoughts about real estate companies’ exposure to the long-term desire by workers to do their jobs remotely? Do you think this trend has legs, or do you think it will go away soon?

It has legs. There are a lot of factors at play here and the work-from-home world. Offices have never been full, right? We’ve virtually all had a desk assigned to ourselves. But offices were never 100 percent occupied. People travel, people work from home occasionally. Technology already enabled some level of flexibility. But, by and large, most people felt that they had to be in the office five days a week.

And, then, with the pandemic, we all discovered many of the tools that allow us to collaborate online. And we also became more adept at using them. People found a lot of value in using these tools, and in many cases demonstrated to their employers that they could be very productive from home.

And now you’re really starting to see the moment at which employers are comfortable requesting some form of return to office. We had the delta wave, and the omicron wave. We had a hard time setting policies and not deviating from them because as soon as you did you had another wave.

Many employers are using the start of the second quarter as the moment in which truly the policies that are deemed permanent currently are going to be implemented. And that ranges enormously. You do have some employers that request close to five days a week; the investment banks in New York are the common standard bearer of that. And then at the other end of the spectrum, you have tech companies like Slack, like Meta — the former Facebook — that will say you can work from home for the rest of your life if you want. And, in the middle of that you have large companies like Google, for instance, that are trying three days a week right now. In broad terms, finance tends to require more time in-office and tech tends to require less time in-office.

But we don’t yet know how it’s going to play out for any of them because we’re new to treating COVID as endemic.

And the idea of hoteling — no assigned desks. Hoteling is a concept that some industries know and understand; the consulting industry uses it. But, at scale, it’s not something most employees or employers have experienced. We’re all learning, we are all guesstimating what the work-from-home impact is going to be on the office business.

I think we have to spend at least a year trying to figure out what works and what doesn’t.

So that just adds to the uncertainty. If a landlord or a REIT isn’t going to know for another year, that creates a scenario of, well, what do you do?

The uncertainty is something we’ve observed already. We’ve seen some decline in occupancy in the marketplace, and we think it’s going to continue in small amounts over the next couple of years.

So the office business, to us, remains one of the weaker commercial real estate businesses, and one where tenants in general have the upper hand.

That said, there is one subset of office that should do very well over time, and it’s the newer, green building. You see it on the Far West Side, you see it at One Vanderbilt. You see it in other cities, of course. New, green buildings have enormous demand from tenants that want to do two things. One, they want to attract high-caliber employees with quality office space. And, two, they want to meet certain environmental standards, the “E” in ESG [environmental, social and governance], that are important to their own shareholders or their own stakeholders, often their own employees as well.

So newer, high-quality buildings like a One Vanderbilt, like what you see on the Far West Side, absolutely has wonderful demand and pricing power. Office buildings which do not have these characteristics will find it much more difficult to compete for tenants, in an environment where vacancy levels are elevated overall in the market.

What we’ve come to know as the flight to quality.

If you have state-of-the-art space, you can pretty much name your own price, but the people with the B or the C office space, they have a problem on their hands.

So you have a company like SL Green Realty Corp., which built One Vanderbilt and is now building One Madison, and those either are or should do very well, but SL Green also has a legacy of being “king of the Bs.” Is there still enough B space in their portfolio to mitigate some of the positives?

For virtually all office owners, it’s that push-pull between having a newer portfolio and making the transition to a newer portfolio while crystallizing as much value from the lower-end space. So it’s not just an SL Green comment, as much as a lot of large office owners are both owners of newer buildings that attract a lot of demand and owners of buildings that have aged, and it’s up to them to decide how to spend the [capital expenditures] in those buildings. The redevelopment of Class B buildings is likely to be a fruitful endeavor for some, and companies like SL Green that have that wherewithal are much more likely to succeed.

So what happens is they have super A space for which they get $130 or $150 a foot, and they take a share of the profit and pour it into the B buildings to bring them up to speed.

There are plenty of companies that do not want to be at the top end of the market. That’s not what they can afford. It is interesting that in the B spaces, occupancy levels have dwindled over time. And, because the demand metrics are likely to be modest over the next few years, it just puts pressure on the rents or really the net effective rents — so rent after TIs.

That’s the real story of office effectively. It’s an environment where flight to quality has been meaningful, and where the mid-range office buildings do compete for fewer tenants than they used to. You don’t have the same volume of demand because work from home has for some companies reduced their space demand per employee.

So just to close the loop, B space can be made more attractive by adding an amenity that you wouldn’t get sitting on your couch, like outdoor space or food.

In New York, obviously, and in some of the larger cities, a lot of people are living in smaller apartments and will not have dedicated workspace. So you have a percentage of the workforce that will want to be in the office. It’s not just an employer mandate.

If you have a bathroom in your kitchen, chances are you are not going to have a space to work.

So the virus has been good, obviously, for industrial and surprisingly good for multifamily. And it’s been bad for retail and it’s been really bad for hotels. Where do you see that going? Will they snap back or are some of these problems going to continue?

The apartment business has done quite well. I’ll cheat a little bit by looking at some numbers, but the rebound in apartments has been solid, and the rebound in leisure travel for some of the hotels has also been impressive. But in the case of lodging, the business travel is not returning and we don’t think it’s going to return fully. And there are secondary changes taking place in the lodging industry. Many meetings can be held over Zoom.

That doesn’t mean all meetings will be held over Zoom. There’s still enormous value in face-to-face interactions, and there’s a value to seeing clients in their office, but do you have to do it as much as you used to? The answer is no. So, occasionally, you can replace a trip with a series of Zoom meetings. So that hurts the lodging business.

Going back to the apartment business for a little bit. The apartment business has fared better than average from 2019 to today. So, during the COVID era, asset values have increased more in apartments than the average property. I’m talking U.S. averages here, but the rebound in New York also is quite meaningful — prospectively over this year and next, net operating income going up 25 percent. There’s a lot still to be extracted by the landlords.

Here in New York, prior to COVID, the legislature adopted this law which limited landlords’ ability to fix up apartments and make them market-worthy. And people in real estate screamed bloody murder. Sounds like what you are saying is that in spite of that law, landlords still did pretty well.

First of all, landlords suffered during some elements of COVID, though, so it’s not just the rent collection that was the issue; landlords in New York saw a significant decrease in rents and significant concessions provided. Landlords also took their lumps, if you will, in 2020 and some of `21 as well. The rebound is partially returning to a trendline, if you will, but it’s also partially the fact that housing costs have increased so much from the for-sale environment that landlords have the ability to push rent without losing their tenants to ownership.

You show robust price appreciation for office properties in 2021. How much of that is making up for losses due to COVID, and how much is due to fundamental strength?

So, even in an area like office, there’s been something of a recovery, even though in the long term office doesn’t look so good.

In general, we were probably down 10 percent for office, that’s probably where we bottomed. We’re now down 4, so there’s been some rebound in value, but it’s not meaningful. Lodging we were down as much as 25 percent. And now we will tell you that lodging is worth about the same as it was pre-COVID. So that’s a big rebound, of course.

So the answer is, yeah, it is fundamentals to a great degree, and that we thought fundamentals would be hurt more and longer by COVID than they turned out to be. So a lot of it is that the cash flow expectations have rebounded meaningfully and then the rest of it is the variable interest rate environment. And that’s a big part of the equation as well.