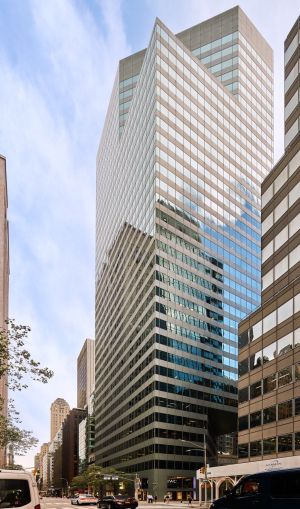 Bain Capital inked a 14,765-square-foot lease for 11 years on the entire 30th floor of the building, doubling its existing footprint that includes the entire 29th floor.

The Boston-based private equity firm moved to 15,000-square-feet in the building in 2018 from 590 Madison Avenue, which is two blocks north, as Commercial Observer previously reported. Its new deal brings its presence at 535 Madison to 29,765 square feet.

FTV Management Company signed a 13-year lease to expand by 12,275 square feet expansion on the entire 33rd floor of the property.

The San Francisco-based private equity firm also extended its 12,275-square-foot space — which it has occupied since 2017 — on the entire 29th floor for another eight years, Park Tower said.

Asking rent for both deals was $125 a square foot, according to a Park Tower Group spokesperson. The two transactions — along with Garda Capital Partners’ recent 12,275-square-foot expansion —  bring the 37-story, 480,000-square-foot office tower between East 54th and East 55th streets to 100 percent leased.

“The Park Tower Group takes extraordinary measures to provide for the safety and comfort of its tenants,” Gell said in a statement. “But the key factor to the building’s full occupancy is the comfort level that tenants have knowing that Park Tower’s offices are in the building. Their hands-on management and daily interaction with tenants proved to differentiate it from other buildings.”

Other tenants in the building include China Merchant Bank, Spruce Capital Partners and Cadian Capital Management.

“With its inviting blend of collaborative spaces, modern technology, top-tier amenities, public art, and proximity to Grand Central, 535 Madison is a destination where people want to come to work,” said Marian Klein, president at Park Tower Group. “The current energy and activity level at 535 Madison has largely returned to its historic level.”