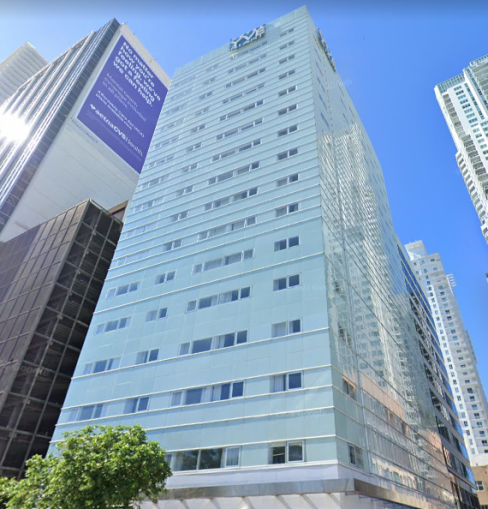 The New York City-based firm bought a 17-story hotel along one of Miami’s busiest roads for $25.8 million, property records show.

Originally built in the 1920s, Yve Hotel Miami is one of the oldest standing hotels in Miami, though it is not landmarked and its facade has been redone. The 241-room property at 146 Biscayne Boulevard sits next door to 100 Biscayne, a 30-story office building that RFR bought for $81 million last year.

The seller, Host Hotels & Resorts, paid $57.5 million for the 129,574-square-foot hotel in 2015, marking a nearly $32 million loss, per records. The reason for the discount is unclear. A representative for the firm did not immediately respond to a request for comment.

The Maryland-based company bought the hotel from private equity giant Carlyle Group and InSite Group, which had rebranded the establishment following extensive renovations.

The hotel may once again undergo a makeover. RFR, led by Rosen and Michael Fuchs, is known for renovating and repositioning historic or architecturally significant properties.

To finance the purchase of the hotel, MSD Partners provided RFR with $39.7 million, adding to a previous loan of $67 million that MSD had provided for 100 Biscayne back in January. The note was then split into two, and backed by the two properties.

On New York’s real estate scene, Rosen is one of the most prominent players. He owns the Seagram Building and Chrysler Building, iconic skyscrapers in Midtown, and the now-shuttered Gramercy Park Hotel, once a hotspot among celebrities.

He’s also notorious for his controversial moves and comments. After he acquired the Seagram Building in 2014, he took down Pablo Picasso‘s “Le Tricorne,” a 20-by-22-foot tapestry that had hung in the tower for more than five decades.

During the first COVID-19 wave in the spring of 2022, Rosen caught fire for posting pictures on Instagram of his multimillion-dollar mansion and peaceful life in the Hamptons, as millions of people lost their jobs and struggled to make ends meet.