RFR Buys Miami’s 100 Biscayne, Which Sellers Fought Over in Court

Case against seller East End was dismissed in December 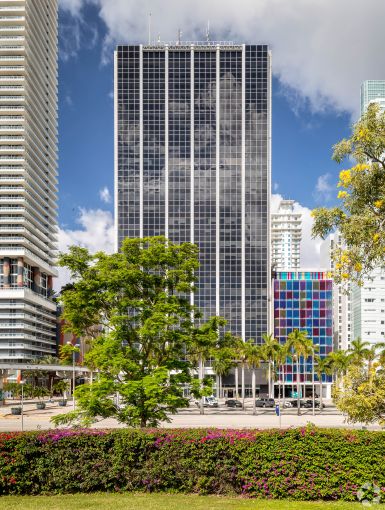 Aby Rosen’s RFR Realty has purchased 100 Biscayne, a downtown Miami office tower whose previous two owners were fighting over it in court.

New York-based East End Capital and Australian investors Errol Dorfan and Kim Davis purchased the 30-story tower in 2016 for $84 million, with plans to reposition it.

But after a failed sale in 2020, Dorfan and Davis sued East End Capital in New York Supreme Court over their $28 million investment in the property, claiming $50 million in damages due to what they described as East End’s mismanagement. In late December 2021, Judge Joel M. Coen dismissed the suit.

The property, formerly known as the New World Tower, was built in 1965 and developed by José Ferré, father of former Miami Mayor Maurice Ferré. East End had planned a $10 million renovation of the building, to which the Australian investors contributed around $7 million, promising to raise the occupancy rate to 92 percent.

One piece of the case rested on the idea that Dorfan and Davis were investors who were sold on East End’s expertise of the Miami market, which they said the company did not deliver on. The judge didn’t quite accept that argument. “This is not like a babe in the woods here who just sort of waltzes into this and is, you know, reading an advertisement about how to invest in the real estate business,” he said during a hearing over video.

While lawyers for the defendants argued that no real estate developer would willfully enter a project they didn’t think they could deliver on since it would ruin their reputation, lawyers for the plaintiffs, Dorfan and Davis, countered that East End was incentivized to focus on the short term. Since East End controlled the management and construction entities and had contributed very little capital of their own, they could earn it back from management fees alone and were therefore not incentivized to deliver on their initial vision for the building, the plaintiffs argued.

Ultimately, the judge wasn’t persuaded by Dorfan and Davis’ claims against East End, which included breach of contract, fraudulent inducement and breach of fiduciary duty.

Counsel for both sides did not immediately respond to requests for comment.

A separate lawsuit involved the failed sale dating back to January 2020, when the owners had reached an agreement to sell to BentallGreenOak for $98.8 million, but the sale fell through, according to court documents. In August 2020, the owners sued in a Miami-Dade court to retain BentallGreenOak’s $5.5 million deposit, in what was “a desperate (and hopeless) attempt,” the court ruled in the order of dismissal last July. Needless to say, 100 Biscayne’s owners lost that one.

East End Capital, led by principals Jonathon Yormak and David Peretz, remains active in Miami with several projects in Wynwood, including Wynwood 25, which it co-developed with Related Group, as well as the adjacent Wynwood Annex, the Wynwood Arcade retail complex and has announced plans to build Wynwood Foyer, a residential development.

New York-based RFR, best known in Miami as the owner of the W Hotel South Beach, has several additional projects in the Design District and Brickell. RFR declined to provide a sales price or comment on the 100 Biscayne deal.