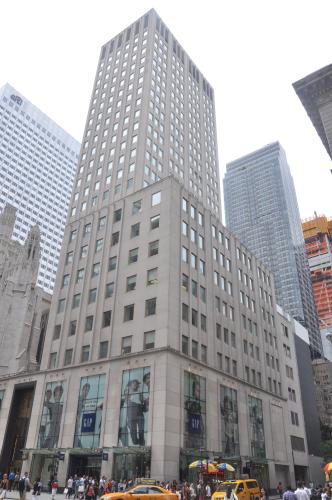 The crystal designer inked a deal for the two-floor storefront at the base of the 27-story office building between West 54th and West 55th streets, with plans to open in 2023, according to Cushman & Wakefield. C&W declined to provide the asking rent or the length of the lease.

Laura Pomerantz and Steven Soutendijk of C&W represented the landlord, Josef Buchman, in the deal. It was unclear if Swarovski had brokers in the deal. Swarovski did not immediately respond to a request for comment.

Swarovski, which has seven other outposts across the city, will feature its new “Wonderlab” retail concept at the 680 Fifth location.

“Swarovski is going to be the anchor of the redevelopment at 680 [Fifth] that will improve the long-term viability of the office building well into the future,” Roy Bajtel, principal at Valor Capital Partners, who manages the property on behalf of Buchman, said in a statement. “We are so pleased that they have chosen this location to showcase their Wonderlab concept, which is a new chapter for this well-established brand that dates to 1895.”