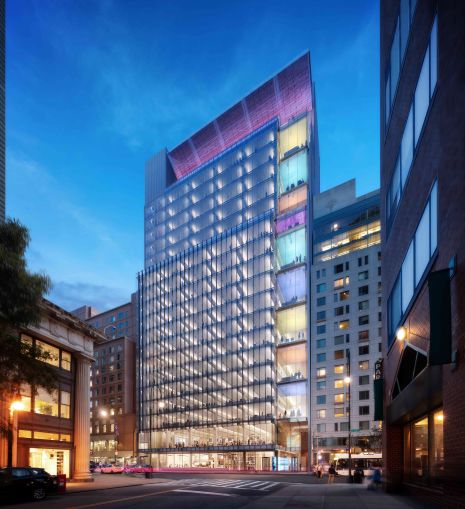 San Francisco-based Sigma will open its first New York City offices in the ninth-floor space at the 21-story building at 124 East 14th Street, according to Josh Wein, the managing director for one of the developers, RAL Development Services. Asking rent in the property runs between $100 to $150 per square foot.

“We’ve always envisioned this building as a technology hub for New York City,” said Wein. “There are a lot of different components of this building that make it very attractive to technology-focused tenants — there’s a technology training center on the lower portion of the building [and] floor plates which are ideal for some of these newer tech companies that are coming into the market.”

Sigma plans on moving into Zero Irving after it and the landlords finish building out the electrical system and bathrooms, Wein said.

The 250,000-square-foot property between Third and Fourth avenues is built on city-owned land, thanks to a 99-year ground lease signed in 2017 with the New York City Economic Development Corporation. Developed by RAL and Junius Real Estate Partners to be a tech hub, it signed its first tenant, financial technology firm Melio last year, CO previously reported.

Newmark’s Jeff Rodgers, Stephen Cisarik and Brent Ozarowski represented Sigma in the transaction. JLL’s Mitch Konsker, Benjamin Bass, Dan Turkewitz, Kristen Morgan and Carlee Palmer handled it for the landlords. The brokers declined to comment and Sigma did not immediately respond to a request for comment.