Developers of Zero Irving Manage a Construction Shutdown and Leasing 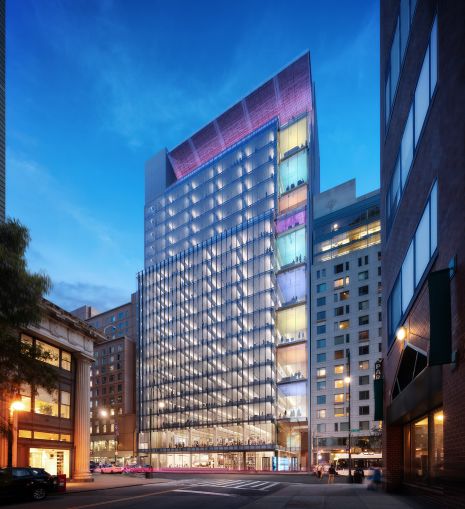 RAL Development has suspended construction on Zero Irving in light of coronavirus restrictions, but they are on the hunt for tech tenants to fill their space. Rendering: Davis Brody Bond 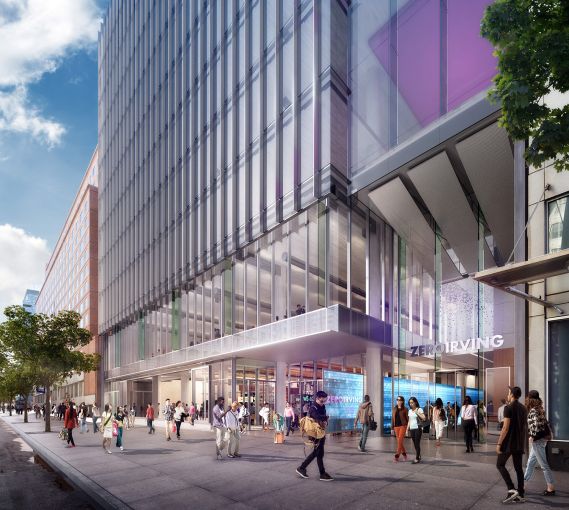 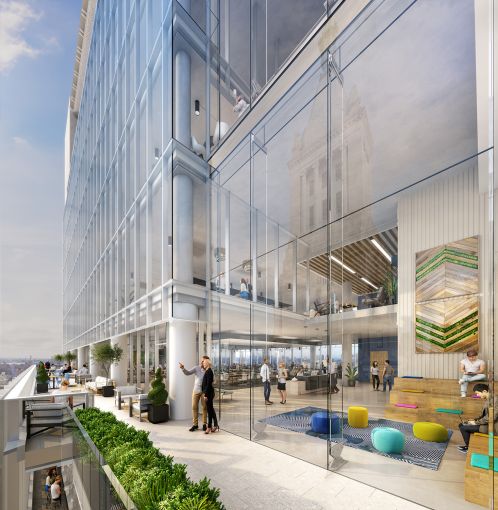 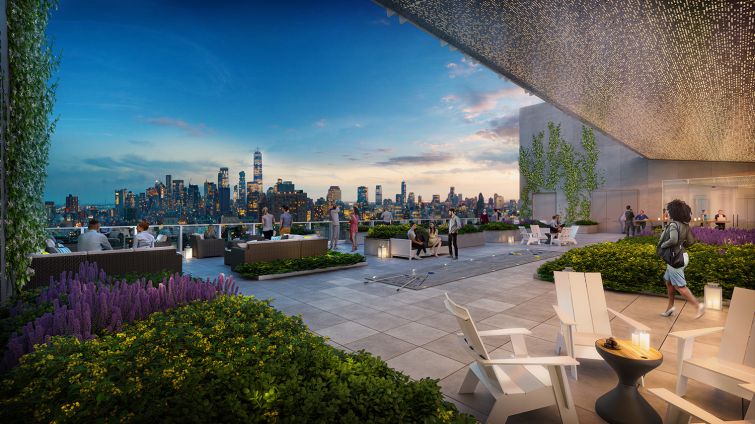 The 21-story building is completely oriented toward tech companies and workforce training for future tech workers. It also has amenity spaces like this top-floor roof deck. Rendering: Davis Brody Bond 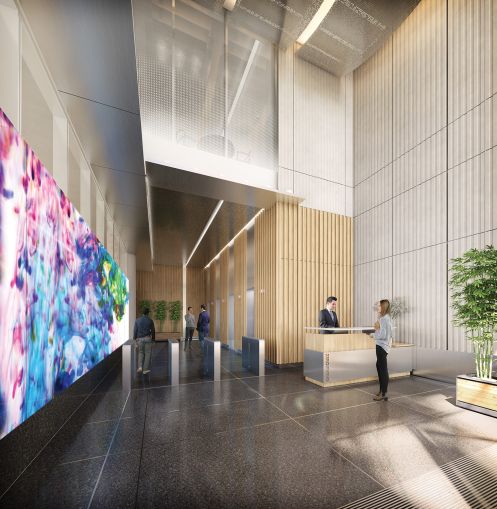 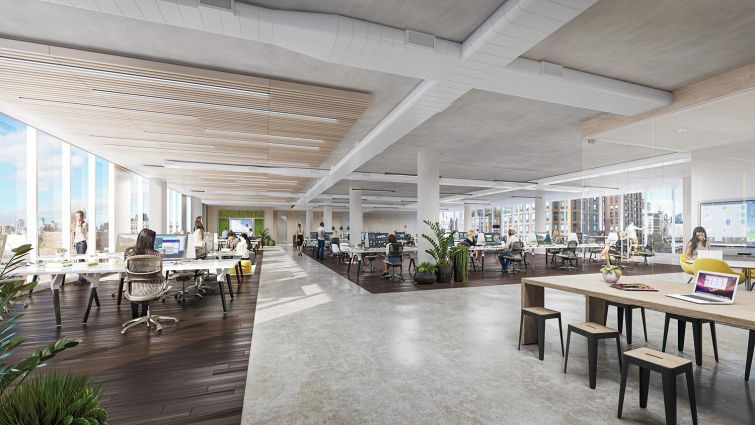 The lower portion of the building will be devoted to workforce training for the tech industry, a conference center, and "step-up" space with shorter leases for growing startups. Rendering: Davis Brody Bond 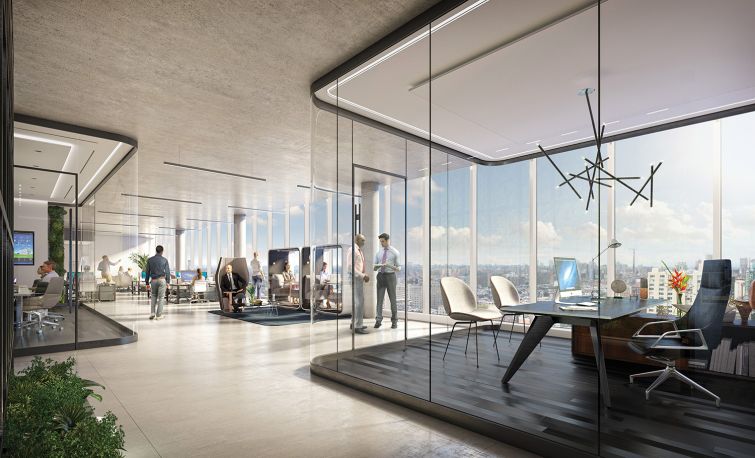 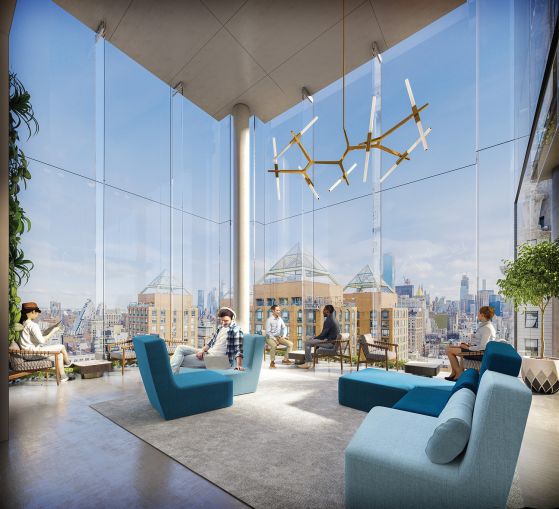 Although work has stalled because of coronavirus restrictions, the developers of the Union Square Tech Hub — now known as Zero Irving — are still on the hunt for office tenants and planning their next steps for construction.

RAL Development halted work on the 21-story office building earlier this week after Gov. Andrew Cuomo announced that all nonessential construction was suspended to prevent the spread of the respiratory virus. Before then, workers had put up six stories of concrete and were getting ready to pour the seventh floor on the site of the former P.C. Richards store near Union Square South.

However, it’s not your typical office project. The development, which is being built on city-owned land, is going to be partially devoted to training new generations of coders and helping them get jobs. It will also include “step-up space” for young, growing tech companies.

The ground floor retail space is about to be leased to Urbanspace, which will operate a 10,000-square-foot food hall with a 1,700-square-foot outdoor terrace in the rear yard. Tech networking group Civic Hall plans to operate the second through seventh floors on a significantly below-market lease of $50 per square foot. (Civic Hall has been involved in the project for quite some time, but its lease is not yet finalized.) There will be an event and conference center on the second floor, and the third, fourth and fifth floors will be licensed to job training and workforce development organizations focused on placing people at tech companies. The eighth through 12th floors will offer “step-up” space for younger startups that need shorter lease terms, ranging from six months to five years. As part of RAL’s ground lease with the city, the developer can’t ask for more than one year’s security deposit from tenants who rent on these floors. The rent for these floors will not be discounted.

The remaining 13 floors will be typical market-rate office space for established tech firms. Asking rents range from $95 to $145 per square foot, with higher floors renting at pricier rates. The 14th and 21st floors have smaller private terraces, and there will be a top floor, 6,300-square-foot roof deck with seating and landscaping that’s accessible to all of the office tenants. The building will also feature a full-service gym. JLL’s Mitch Konsker and Ben Bass are handling the leasing.

Some developers have struggled with supply chain issues since coronavirus hit China and Italy, but RAL planned so far ahead that most of its materials were ordered before the pandemic.

“The vast majority of our curtain wall system is actually coming from Colombia,” said RAL President Spencer Levine. “We’ve been working on the curtain wall for two years. The vast majority is ready to ship. We have a small portion that is being fabricated in China. There is a slight delay in that and we’re seeing how we can work with the sequencing of construction to fit that in afterwards.”

Update: This post has been updated to reflect that leases with Urbanspace and Civic Hall have not yet been signed, and to correct the floors Civic Hall will occupy.