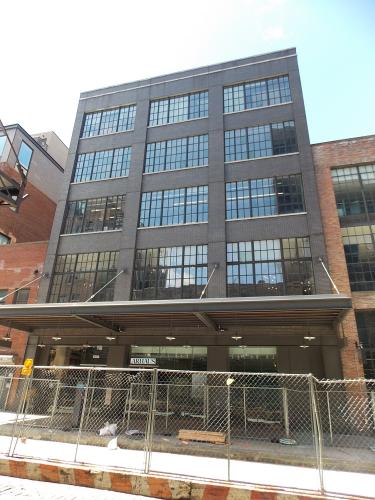 Red Bull is using its wings to fly to 15 Little West 12th Street in the Meatpacking District, where it’ll be leasing 17,585 square feet on the third floor, Commercial Observer has learned.

This will be a relocation of the Austria-based energy drink giant’s New York City offices from 218 West 18th Street and will serve as its East Coast headquarters, according to landlord broker Newmark. Asking rent was $115 per square foot and the exact length of the lease was not disclosed.

Newmark’s David Falk, Daniel Levine and Jason Greenstein represented the landlord, EPIC, in negotiations while Cushman & Wakefield‘s David Mainthow, who could not be reached for comment, handled it for Red Bull.

“This is the first time space has become available at the property since its construction [in 2009],” Levine said in a statement. “The Meatpacking District is one of the more difficult markets to break into as it has one of the lowest vacancy rates in the city. We are confident Red Bull will thrive in their new well-located boutique space as it offers an abundance of natural light due to exposures on both sides as well as direct access to the neighborhood amenities.”

The 82,000-square-foot building spans five stories and is located between Ninth Avenue and Washington Street.

Vacancy rates in the Meatpacking District have dropped for the last three quarters to 4.8 percent, according to Newmark, reaching levels that have not been seen since before the pandemic.

Mark Hallum can be reached at mhallum@commercialobserever.com.