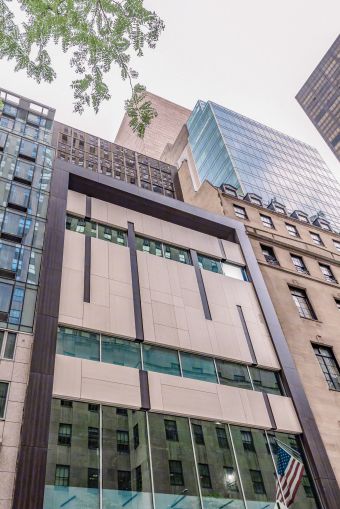 The former New York Yankees Steakhouse in Midtown will soon be home to another chophouse.

Maribella Hospitality Group signed a 20-year lease for the 17,350-square-foot, multi-level space at 7 West 51st Street to open a “high-end Italian steakhouse,” according to landlord broker Cushman & Wakefield. Asking rent was $1.5 million per year for the lower levels and $350,000 per year for the second floor.

The hospitality group — which is behind the Downtown Brooklyn eateries Las Santas and Loreto — plans to open up its latest restaurant in early 2023, C&W said.

It will take over the space from the New York Yankees Steakhouse, which shuttered in 2018 after less than five years at the base of the building between Avenue of the Americas and Fifth Avenue, The New York Post reported. The Bronx Bombers-themed eatery still has an outpost in Coconut Creek, Fla., and Yankee Stadium.

C&W’s Alan Schmerzler, Steven Soutendijk, Sean Moran and Chris Schwart represented the landlord, Sedesco, in the deal while Thomas Caliendo of RIPCO Real Estate handled it for Maribella. A spokesperson for RIPCO did not immediately respond to a request for comment.

“We are thrilled to welcome Maribella to this high-profile, extremely well-located restaurant space that features marquee signage over 51st Street and is directly visible from Rockefeller Center Plaza,” Schmerzler said in a statement.