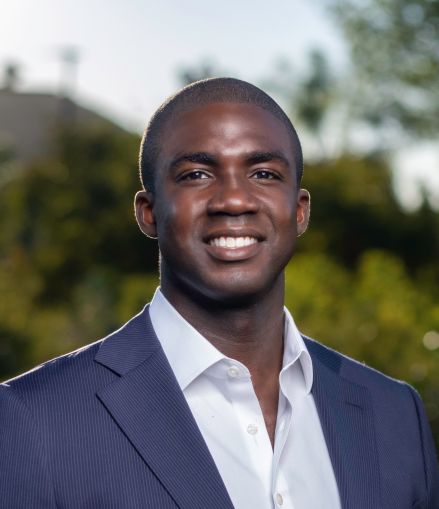 In January, Wilshire Lane Capital, a proptech-focused venture capital firm, announced a strategic partnership with Morgan Properties, which with more than $15 billion in assets and over 95,000 units, is the largest privately held multifamily owner in the United States.

A sociology and economics graduate of Harvard University, with an MBA from Harvard Business School, the 33-year-old Demuyakor comes well-equipped academically, as well as widely experienced in the worlds of finance and real estate through his professional stops at Morgan Stanley’s real estate group, The Carlyle Group, Andreessen Horowitz and Fifth Wall.

Demuyakor talked to PropTech Insider in early February about how his work on Wall Street and in real estate led him to start a venture capital firm aimed at funding startups that bring technological innovation to the property industry. He also talked about what it’s like to achieve his level of success as a Black person in the overwhelmingly white world of proptech and its related VC community.

You were born in Los Angeles and grew up in Georgia, but your parents are from Ghana. How did their experience lead you to where you are today as head of Wilshire Lane Capital?

My parents immigrated to the United States. My dad got his Ph.D. at the University of Southern California. That’s why I was born here in L.A. I grew up being a professor’s kid.

In what subject did your father get his Ph.D.?

Linguistics. He actually speaks six languages and is currently a Spanish professor.

You studied sociology and economics at Harvard. The next stop was Wall Street.

I was just drawn naturally to entrepreneurship and startups and thought it was a good time to switch things up. So I went back to business school, got my MBA, and then started focusing on tech and early-stage investing. I was fortunate enough to work at Andreessen Horowitz in between my time at school and ultimately they were the ones who taught me venture capital. I was hooked. Proptech as a category, all the way back to the early 2010s, was starting to bubble up. I saw it as an opportunity to combine two of my passions: real estate and my love of technology. Obviously, proptech is the combination of those two things.

When did you actually become a proptech venture capitalist?

In 2015. It came at me directly through personal ways. Robert Reffkin, who is co-founder and CEO of Compass, is a friend and a mentor of mine. Ryan Williams, [co-founder and CEO] of Cadre, is one of my closest friends from college. Those are just two clear-cut examples of some of the most successful proptech companies ever that are being run by two people that I knew. That drew me closer to the category and I started paying attention to it.

I had the opportunity to work at Fifth Wall after working for Andreessen Horowitz, and that’s when [Fifth Wall] was at the epicenter of proptech. I understood that this could be a very big category and decided to more or less devote my career to that category.

When did you decide to compete against Fifth Wall and other proptech VCs?

I think Wilshire Lane is a unique platform. One, I think we’re earlier stage than a lot of the other proptech firms. So you’ll see us living in seed and in Series A. We have strategic partnerships, and a lot of venture firms in the proptech space have partnerships, but ours are more quality than quantity. They’re deeper relationships that take more work.

Obviously, our announcement with Morgan Properties is the pinnacle of that. They are our anchor investor. We have an exclusive strategic partnership with them. We are the only proptech firm that has access to their innovation council. We can have this intimate, hand-in-hand partnership in which we are finding opportunities with them and then constructing whole new opportunities from an investment standpoint, [compared to] having relationships with a bunch of REITs and not necessarily being deep with any one of them.

In doing this kind of partnership with Morgan Properties, does it limit Wilshire Lane to the multifamily sector and to doing business mostly with that company?

Morgan is the largest strategic partner that we have, but we have a consortium of other private real estate firms. For example, Island Capital and Sage Realty have invested in my private vehicles, as has Housing Trust Group. Just from those relationships, we touched all the different asset classes.

Morgan Properties made it clear to us that even though multifamily would be their focus, they were interested in partnering with the firm that wasn’t limited to just multifamily. The reality is that this partnership means that we’re just going to be constantly flooded with great multifamily opportunities, but I think the onus is on us to continue to work hard so that our portfolio isn’t just multifamily. It’s a good problem to have.

Were you investing in other types of real estate prior to starting Wilshire Capital?

Pronto Housing, which I invested in with my prior firm, Wilshire Lane Partners, was a seed investment which we’re very excited about. I previously invested in Assembly Kitchens, and also Hungry House, as well. With this new vehicle, you’ll probably see half our deals being series A and probably a third being series seed, and the balance being later-stage.

What investments are you looking at now?

We are in the midst of raising my third vehicle, but the first fund out of Wilshire Lane Capital. This is going to be primarily an institutional fund, and obviously Morgan Properties is the anchor investor of that. We’ve made some investments so far and we’ll be looking to announce them in the coming weeks.

One example that has been announced is Esusu. Their series B was announced two weeks ago and we invested in that round alongside Softbank and others. That’s a perfect example of the type of insights we can get from our partnership with Morgan Properties. In our conversations with them we learned that Esusu’s product allows renters who are credit invisible to get credit. Many times people who are immigrants have rent as their largest expense, but don’t get any credit for it, literally and figuratively. Esusu allows them to report positive payments to the credit bureau so that these people can build credit for paying on time, which is a win for the landlord and for the resident. That’s our first investment out of this debut fund.

How much are you raising in your current fund?

You have real estate and tech experience, but what do you want to learn more about as a VC in the sector?

Two areas that I’m focused on when it comes to us learning more: one, in this post-pandemic world it’s hard to refute that things have changed. Initially it was viewed that these were going to be some temporary changes. We’ve kind of been in this on-and-off phase for a while and as a result there has been behavior change.

A perfect example of that is the future of work and how that interacts with real estate. I read recently that at least 50 percent of companies are now saying that they’re doing some form of hybrid work and plan on doing that going forward. How that demand works and the need for flexibility is going to impact the future of the office. So we are looking for companies that are trying to be a part of that shift. We are trying to help enable that shift because we think technology will have everything to do with that.

These are areas that I’m trying to learn more about, because we think that they will be extremely important for Gen Z and then Gen Alpha that follows them.

As an African-American who has already achieved a great deal, do you consider yourself something of a unicorn in real estate and proptech?

I take it as an area of responsibility and obligation. It’s not lost on me that I’m the only Black general partner of a major proptech venture capital firm. I feel that we certainly should be leaders when it comes to diversity, trying to level the playing field. I’ve been less focused on my own experience, my own particular path. I’ve been fortunate enough to have really great parents that instilled the value of education in me and I’ve had great opportunities to go to great institutions and a lot of the best firms out there, so I’ve been very lucky and very fortunate.

Where my area of focus has been is for groups of people who typically aren’t as fortunate as I’ve been: Black and brown founders and investors who didn’t necessarily catch the breaks that I was able to catch. Female founders are a strong area of focus for us, in trying to make [that] less the exception and more of the norm.

Our strategy is that we like to invest in founders and founder groups where their management team matches their customer segment. If you have a founder and management team that’s all male and a massive amount of their customer segment is selling to women that is a mismatch, right? We see that as an opportunity. That’s the way I approach it when it comes to investing.

Our focus is also on maximizing returns for our limited partners. That’s our primary strategy. Our secondary strategy to enable that is by partnering with real estate firms like Morgan Properties, and, thirdly, we are focused on diversity. It’s just a function of who we are, who I am, and we see it as an opportunity.

Women represent more than 50 percent of the population in the United States. However, in 2021, companies that had at least one female founder only received 18 percent of the total venture capital funding. That’s a 32 percent delta that we see as an arbitrage opportunity. If you believe that talent is equally distributed, but opportunity isn’t, then there’s a huge opportunity there.

A lot about life and business is still networking, isn’t it? Being allowed into the club.

There’s incumbency, right? The fact that there are people that have been in venture capital, that gives them an advantage when it comes to either raising your own venture capital fund or being an entrepreneur. If you are a person who has never met a venture capitalist, or didn’t know what venture capital was, until you are 25 years old, that is a disadvantage in some ways. And you see that happening with many Black and brown groups, and with a lot of women.

I will say that since 2020, it’s been heartening to see words turned into actions. There have been a lot of actions, both from capital allocators, as well as a lot of venture capitalists, large companies and institutions, trying to do what they can to level the playing field. I think that is promising. We just need to keep going at it, because it’s been a great start.