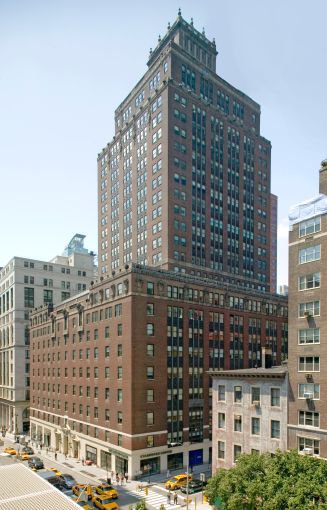 The architecture and design firm Spectorgroup snagged 15,075 square feet at 200 Madison Avenue, one block north from its current offices, Commercial Observer has learned.

Spectorgroup — which designs commercial, educational and mixed-use spaces — will relocate from 183 Madison Avenue to part of the 19th floor of George Comfort & Sons, Jamestown and Loeb Partners Realty’s 750,000-square-foot tower. Asking rent was $70 per square foot in an 11.5-year deal that closed last week, according to Newmark’s Ben Shapiro, part of the team that brokered the deal for the tenant.

Spectorgroup scored some free rent in the deal, which expands the firm’s offices by about 2,000 square feet, though Shapiro declined to comment on the specific terms. The landlords and tenant had been in talks since November 2021 as Spectorgroup needed a slightly larger floor plate for the firm’s growing New York City presence, Shapiro said.

The design firm plans to move into its new space between East 35th and East 36th streets in the fall, according to JLL‘s Adam Spector, who helped broker the deal and is the son of Spectorgroup Principal Scott Spector.

“The company has been growing over the last 10 years at 183 Madison,” Adam Spector said. “This was the direction they saw their company [going] and 200 Madison was a really good fit for them in terms of what they need for the next 10 years.”

“Spectorgroup was looking to grow and elevate their space in a fresher way that was more directly controlled and curated by them,” George Comfort & Sons’ Andrew Conrad, who represented the landlord in-house with Matthew Coudert, said in a statement. “This is consistent with the flight-to-quality trends we’ve been seeing in the market. We were able to offer the right amount of both flexibility and quality at 200 Madison Avenue.”

Alongside Spector and Shapiro, Newmark’s Andrew Sachs represented the architecture firm in the deal.