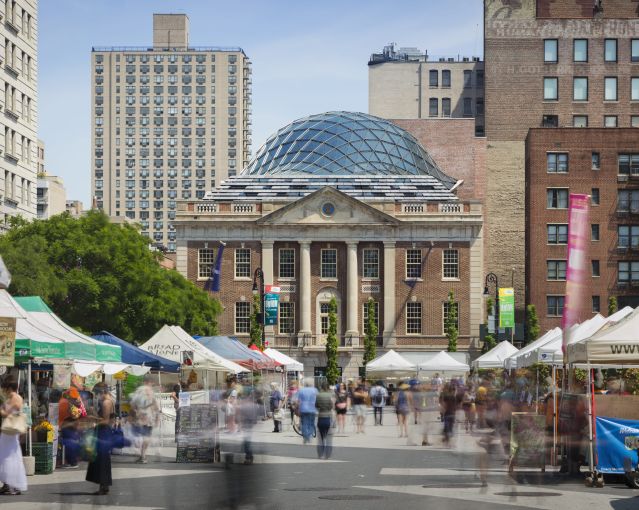 Petco has signed a lease for 30,000 square feet at 44 Union Square, Commercial Observer has learned.

The animal and pet supply retailer is planning to relocate from 860 Broadway on the other side of Union Square to the historic former Tammany Hall headquarters, which recently underwent a renovation into a retail and office building. Petco will be taking three floors in the seven-story, 73,000-square-foot building that has been recapped with a glass dome designed by BKSK Architects.

“It’s been a long time, but this, along with some other deals on this stretch will finally complete the fourth side of Union Square Park and solidify the area as one of the best in New York City,” Roseman said.

A spokesperson for Petco declined to comment. Reading International announced on Wednesday morning that it signed a lease with a retailer at 44 Union Square, but didn’t name the tenant.

“Signing this long-term lease with a strong credit retailer is an important milestone for our 44 Union Square development and is a testament to the resiliency of New York City and the desirability of Union Square as a key and vibrant location for tenants,” Magaret Cotter, executive vice president for Reading International, said in a statement. “We are delighted to make this announcement and we look forward to completing the leasing of the remaining upper four levels of the building in New York City, which continues to be one of the world’s most dynamic cities for commercial real estate.”

The original neo-Georgian structure was built in 1929 and served as a center of operations for the notorious Tammany political machine, which controlled the city’s political scene for years but later fell out of favor with the public. Now, it is a landmarked building that has been revitalized for modern commerce and learning.