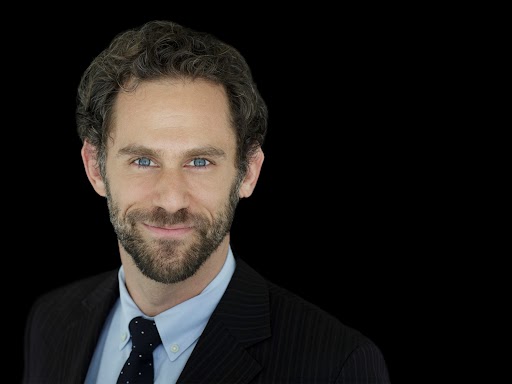 One could say that worlds collided for Jason Schuchman when he took on the role of New York City real estate agent Lavin in two episodes of the Netflix hit miniseries, “Inventing Anna.”

Schuchman has been a residential and commercial agent at Brown Harris Stevens for nearly seven years, so taking the role as Lavin — one of the revolving door of pawns in Anna Delvey’s scheme to take what she could from New York City’s elite socialites — wasn’t that much of a stretch. And even though he didn’t know the real Delvey, there were parts that rang true for Schuchman.

“The show is partially about her, but I think it’s kind of a statement about New York in general,” Schuchman told Commercial Observer. “You can fake it until you make it, if you get into the right circles or the right rooms or if you’re clever enough about how to you do it.

“Inventing Anna” tells a somewhat fictionalized account of real-life con artist Anna Delvey, portrayed by Julia Garner, who was able to scam New York’s elite into believing she was a German heiress, but eventually landed at Rikers Island after being convicted of defrauding banks, hotels and friends.

While writers likely took creative license in how things played out in the show, Schuchman relates to the issue that there are some clients shopping in earnest and others who are just looky-loos.

Real estate salespersons usually don’t have the time, or resources, to vet if a client is legit on their own; it’s often up to banks to do a deep dive on the individual to suss it out, but Schuchman can often get a sense early on himself.

“[Playing a real estate agent] was easy for me to do when thinking about some of the people that I know and the interactions, like when all of a sudden, you smell money. There’s a tension in that person,” Schuchman said. “I could certainly relate to that.”

This materializes for viewers when the main character of the show views an office space at 281 Park Avenue South in the Gramercy Park area where she would like to operate the Anna Delvey Foundation — which the real life Delvey used to secure through fraudulent means a $25 million for an arts foundation — and Lavin has to use his instincts to assess the risk of investing time with her. (Delvey later tells people she leased the entire building when a character proves her wrong with an article that looks strikingly similar to one that ran in CO.)

But it’s not just his character’s sussing out time wasters that rang true for Schuchman. There was also that Lavin sensed that Anna was on the hook and created a sense of urgency, using phrases like “there have been some other interested parties.”

“In some ways there are [agents] who won’t give you the time of day depending on how you present yourself,” Schuchman said. “But there are people who want to sell, rent or lease their offices, so you wind up taking appointments and sometimes you don’t have the time to vet people in a serious way.”

“But on an everyday level, for an agent who wants to make money, whose business is based on referrals and getting people in, you got to be careful about spending your time on somebody who is going to end up wasting your time,” he added.

Real estate wasn’t always in the cards for Schuchman. He grew up in Long Island, N.Y., and went to Tufts University in Boston where he found himself immersed in the arts scene and landed major roles in theater productions there. He first moved to New York City to pursue acting after 9/11, driving through black clouds of smoke and debris as he entered the city with all his belongings in a U-Haul truck.

He scored a part on an episode of the Warner Bros. Television Group series “Third Watch” in 2004. He would go on to work on the sets of “Law & Order,” “Law & Order: Special Victims Unit,” “The Blacklist” and with actor and director James Franco briefly on the HBO series ,“The Deuce.”

In between acting gigs, Schuchman worked in restaurants until, he said, he got “burned out” and started to explore other opportunities that would allow him the flexibility to act while making enough money to support himself.

Schuchman joined Brown Harris Stevens in 2014 after a few years with Town Residential.

Schuchman has been marketing an $80,000 a month rental property in Carnegie Hill as well as a two-bedroom apartment that he hopes to rent for about $40,000 a month, which would likely be a record for price per square foot, Schuchman said.

In 2021, Schuchman helped broker the $20 million sale of a townhouse on the Upper East Side and is working on another there that is selling for $8.5 million.

And this is in addition to acting.