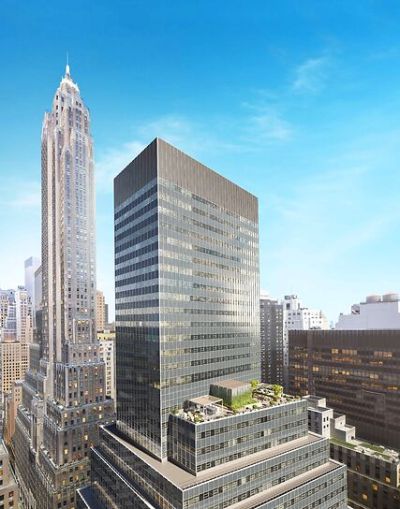 The Seaport District’s 80 Pine Street will get five new tenants with the signing of leases adding up to about 100,000 square feet, landlord Rudin Management Company announced.

The largest of the five was the National Urban League, which moved to a three-and-a-half-year direct deal with Rudin for its 57,245-square-foot office on the entire ninth floor, the New York Post first reported.

The civil rights organization previously signed a five-year sublease for the space in 2017, according to a Lee & Association NYC office report. It’s unclear who the National Urban League subleased the space from.

The nonprofit was represented by Alan Grossman of ARG Realty Consultants, who did not respond to a request for comment.

Other recent deals at 80 Pine include New York Property Insurance Underwriting Association (NYPIUA), which took 14,752 square feet in a 16-year lease for the entire 31st floor. It will relocate from 100 William Street, according to Rudin. NYPIUA was represented by Savills’ Marc Shapses.

“Rudin Management has done a phenomenal job upgrading the building, investing significant capital to ensure that 80 Pine is an attractive destination for tenants,” Shapses said in a statement. “I can speak for NYPIUA when I say that they were taken by the renovation, but also by the amenity package their employees will be able to take advantage of.”

Weather forecasting media platform AccuWeather signed an eight-year lease for 14,311 square feet on the entire 26th floor and will be relocating from 7 World Trade Center. The firm was represented by Newmark’s Hal Stein and Daniel Appel. Newmark did not respond to a request for comment while AccuWeather declined.

Lastly, January Digital, a media and analytics company, signed a 4,782-square-foot, 10-year expansion to bring its total space in the building to 14,752 square feet on the entire 30th floor. The firm was represented by Savills’ Stephan Steiner.

“80 Pine has provided January Digital with a great home in which to build their New York operations,” Steiner said in a statement. “The natural light and views are impressive, and the building’s new amenities will help January Digital hire and retain talent.”

“Our recent leasing momentum is a testament to New York City’s ongoing resurgence in the office sector as well as a validation of our continued investments in 80 Pine’s infrastructure, amenities and common areas,” Michael Rudin, executive vice president of Rudin, said in a statement. “The variety and quality of the tenant roster at 80 Pine speaks to Lower Manhattan’s continued appeal to a wide range of creative companies and organizations.”

The next phase of the renovation includes construction of an indoor and outdoor amenity center on the 22nd and 23rd floors. It will feature a café, a lounge, a conference facility and a 4,600-square-foot terrace.