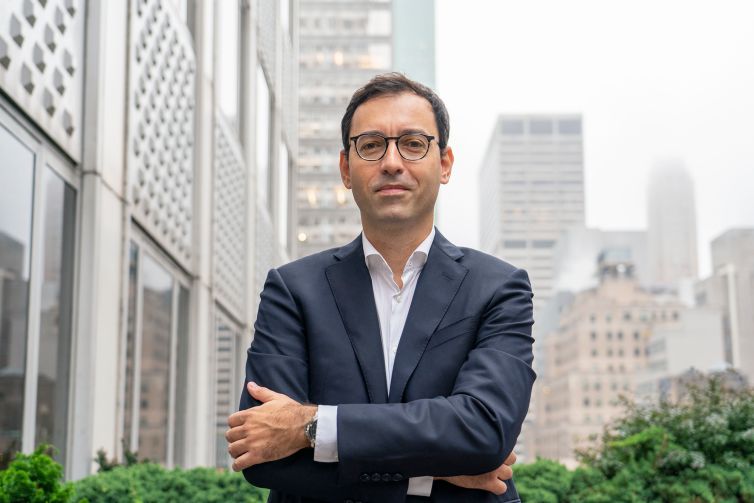 When Jared Kushner’s property company hired its first CEO from outside the family, it turned to Laurent Morali.

The veteran developer took over as CEO of Kushner Companies last fall. Morali’s promotion — he previously served as president of the firm—came as the New York company made an aggressive push into the South Florida real estate market.

Kushner is developing high-rise rental projects in Miami’s Edgewater and Wynwood neighborhoods. It’s also planning a multifamily project on Broward Boulevard near the Brightline station in Fort Lauderdale. The 48-story building would be the city’s tallest.

Morali, a native of France and an avid guitarist, spoke to Commercial Observer in January about the company’s Florida strategy.

This conversation has been edited for length and clarity.

You’ve been making a splash in South Florida. What’s driving the company’s interest in the market?

We’ve been looking at the South Florida market for seven or eight years. The DNA of our company is multifamily. We started in the Midwest in 2011, then we started buying apartments on the East Coast, in New Jersey and Maryland. We started in Maryland in 2012, Virginia a little bit later. So we were making our way south.

We were looking at apartments in Florida, but we could not find anything to buy at a reasonable price in Florida. It seemed like Florida was just way overpriced based on our investment criteria. We realized that a way to buy apartments in Florida was to actually build apartments. There was this interesting arbitrage opportunity, where instead of buying apartments at a 3.5 percent or 4 percent cap rate, we realized we could build at a yield on cost that would be closer to 6 percent. So that’s why you’ve seen us make a big splash in Florida.

The largest and most ambitious of your South Florida projects is your apartment development in Miami’s Edgewater neighborhood.

You’re right. Edgewater is a very large project. It really consists of two different phases. Phase 1 is 2000 Biscayne, a 420-unit rental tower that we already started building. We broke ground a few months ago. If you go to the site today, you’re going to see foundation work being done. It’s going to be a spectacular high-rise rental tower. That’s going to be the first of many for us in South Florida.

We also have 1900 Biscayne, which is 880 apartments. Between the two, you’re talking about 1,300 apartments, so it is massive. We’ve done high-rise rental buildings up in the Northeast, like in Jersey City. We want to bring this elevated standard to Miami. We have seen rents go up across the country, including in Miami and this particular submarket, tremendously over the past 18 months.

What’s the status of your project in Wynwood?

We started that one in March of 2021. One tower is called Wynd 27 and the other is Wynd 28. It’s a total of 152 apartments, approximately 40,000 square feet of offices and 40,000 square feet of retail. They will be complete and delivered in September 2022. I’m emotionally attached to this one, because we had an amazing groundbreaking ceremony with Mayor Suarez. We broke ground a year after the start of the pandemic, a year after we were locked out of our offices. A year later, we are in Wynwood, in the heart of Miami breaking ground. It’s a beautiful story of resilience. The show must go on, if you will. This project is going so well that we are going to add three smaller projects in Wynwood.

The DNA of our company is multifamily. We have done condos in the past, and we might in the future. But when you start in a new market, you have to limit the number of things that are new. So we went with what we knew, which is multifamily.

You’re building high-rises as everyone in the South Florida construction industry is focused on the building collapse in Surfside. Has that tragedy affected your practices or procedures?

I was personally touched and affected by the tragedy in Surfside. As developers, we have the responsibility to provide a safe place to live. That’s our most important responsibility. We don’t bargain on any of this. We hire the top architects, the top engineers, the top builders. There’s a selection process, but we’re always going to be selecting from among the very best from each trade.

You moved to the U.S. from France two decades ago. What was the biggest difference about doing business here?

There are so many things. I came right after 9/11 – Oct. 11, 2001. It couldn’t be more dramatic. It was a very unique experience. It was a sad experience because I landed in a city that was mourning 3,000 people. There were pictures posted of the people who were still missing. Every day, they would find bodies. You couldn’t really go downtown.

At the same time, the excitement of a young European coming to New York City with the high-rise buildings, the noise, the busy streets, the pace at which business was run. You ask me that, and I have a lot of mixed feelings. The main difference is the pace. Things move a lot faster and in bigger ways on this side of the Atlantic.

The last thing I added was a Gibson Les Paul from 1969. I bought it at a guitar store in Paris the last time I was there. I don’t know that it was attached to a particular player. I took it in my hands, I played two notes, and I knew I wanted to buy it. That’s usually how it goes with guitars. I played it at my son’s bar mitzvah. It’s my go-to guitar.

What’s next for Kushner in South Florida?

We are going to keep on expanding our presence. We have a team, and the team is going to grow. As the development sites become buildings, we need staff to operate them. We’re creating a new headquarters for Kushner in Florida. That’s going to be located in our Wynwood property. The plans are we’re going to keep doing what we’re doing. We’re going to look for opportunities in neighborhoods that are poised for growth. You’re sitting in the hottest market in the country right now, and the key is discipline. You have to make sure that your underwriting makes sense.

What do you see as the biggest challenge in South Florida?

The market is getting hotter and hotter. That’s an opportunity. We have very strict procedures that I’m very proud of. With the amount of development and the number of people moving to Florida, I certainly hope the local authorities are planning for infrastructure, such as transportation. It always strikes me when I go to Florida that the cell service is not great. It’s a once-a-century opportunity for Florida in terms of development, and we have to make sure everyone works together.