How Is Multifamily Reacting to Shifting Economic Trends?

Future Of Multifamily, brought to you by NewPoint Real Estate Capital 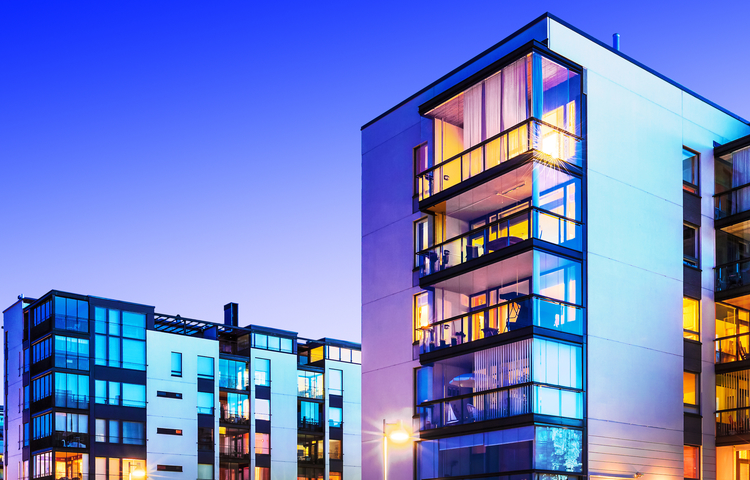 While a certain amount of volatility continually defines the financial markets, the pandemic has clouded the waters tenfold for those seeking to anticipate future trends in multifamily finance. With the Federal Reserve planning interest rate hikes, will multifamily demand continue to rise?

Partner Insights spoke with David Brickman, CEO of NewPoint Real Estate Capital, to help us reach some solid conclusions in the wake of this — and so many other — variables.

Commercial Observer: What do you see as the most meaningful economic drivers for the multifamily space?

David Brickman: The rising cost of housing will be the primary driver of multifamily performance in the years to come. This is good for owners and operators, but not good, unfortunately, for our nation’s renters. Rising interest rates and increasing inflation will continue to put pressure on housing costs, but it is mainly a supply issue. And it’s not just a multifamily issue — we haven’t been building enough housing of any type for the past 10 years. That’s what’s driving housing costs up and fueling the continued growth in multifamily.

CO: Can we expect to see meaningful change in how multifamily investors are structuring their loans?

DB: I think we will see some modest change, although we don’t have a stable status quo to begin with. A few years back, we saw fewer bridge loans as the longer-term, fixed-rate loans typical of the agencies were in favor. That has changed, and so has the market composition of lenders. I think we will continue to see more and more private capital stepping in, which is partly a statement about credit — as there is a disconnect between conventional underwriting parameters and what the demand for debt looks like — and that is primarily a function of how comfortable investors are with the multifamily asset class.

We might also see a trend to lengthen terms on bridge and transitional lending — maybe from three years to five years to seven years. And we’ll start seeing an uptick of interest in more permanent lending structures as some of the bridge morphs to support longer-term, longer-hold plays. The institutional and private equity capital entering multifamily tends to have more of a five- or seven-year hold strategy, particularly if pursuing a value-add strategy.

CO: How much of the inflation we’re currently facing is coming from excess demand and monetary stimulus versus simple supply shock?

DB: It’s certainly a combination of both — in housing at least. Lack of supply is driving most of the rent and price increases, but we have also seen increased demand, certainly through COVID, as households recognize they want more space. Regarding the lack of supply, I don’t know if there is any short-term solution, in contrast to the broader economy, where we’ll likely see supply chain issues get resolved. I don’t know how that happens anytime soon in housing.

CO: Do you believe that the inflation we’ve seen of late is temporary?

DB: The magnitude of the monetary and fiscal stimulus is hard to get your head around at roughly $10 trillion. Even within the context of the entire U.S. economy, that’s a tremendous amount of money. And suddenly, we stop providing that stimulus. If you give everyone a lot of money, and then you take it away, that will certainly have an impact in the short run in terms of demand. In terms of inflation, what goes up will come down, so it must be transitory. The question is, how long does that take? I think it’ll be a few years, though it depends on the specific actions of the Fed.

CO: How are multifamily developers reacting to increased operational and material costs?

DB: The key is for developers to lock in their costs as best as possible before breaking ground or kicking off a repositioning play. As you’re planning a project, ensuring that actual costs align with what you’ve projected is paramount. The ability to hit projections is what differentiates the leading developers from others. The difficulty here is that there’s uncertainty as to which components, materials or labor might rise in cost. There are many variables.

CO: Was trying to get America back to full employment as quickly as possible worth the elevated inflation we’re experiencing?

DB: We’re coming off a period where we had huge amounts of fiscal and monetary stimulus. That’s reflected throughout the economy, including within the housing market — in multifamily that shows up as rent increases, in single-family, we have seen huge rates of price appreciation. So, the economy is humming along well, but whether or not it’s driving significant wage increases and whether those will keep pace with rising house prices and rents remain to be seen. I’m a bit concerned that they won’t, given that the supply side of the equation doesn’t look like it will be changing anytime soon.

CO: What is your opinion on the effectiveness and scale of large-scale public spending via the CARES Act in 2020 and the American Rescue Plan in 2021?

DB: This was the first time there was a significant relief dedicated exclusively to renters, and that was a great thing. The unfortunate part was that it was challenging to get those dollars out, and they weren’t distributed efficiently. It highlighted the need to have a more significant infrastructure for supporting our renters. On the homeowner’s side, it was a very efficient process whereby most lenders could provide forbearance — that is, they could immediately say, “You don’t need to pay your mortgage if you can’t.” It was an incredibly efficient way to deliver support to households in some degree of distress as opposed to the renter support, which had to go through hundreds of different state and local governments and other programs.

CO: What do you think is next for the Build Back Better bill?

DB: Well, I don’t think any of us can say for certain, but I hope that a strong focus on affordable housing will remain in whatever bill comes forward. There is a critical need to allocate more money toward a broad set of housing issues, including increased supply via the tax credit program and the expansion or refinement of other low-income housing support.

View more articles on the Future Of Multifamily here