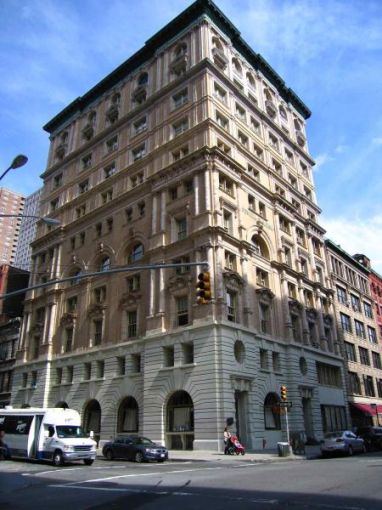 Beefbar — which serves international street food, meats and sides — inked a deal for 6,420 square feet in the Tribeca building, the New York Post first reported. Asking rent was $150 per square foot in the lease, according to Lee & Associates NYC, whose team of Peter Braus, Paul Popkin, and Morris Dweck handled the deal for the landlord. A Lee NYC spokesperson declined to disclose the length of the lease.

“We set out to find a flagship restaurant space to introduce this global brand to New York City and the U.S.,” RIPCO Real Estate’s Sam Martorella, who represented the tenant with Richard Skulnik, said in a statement. “This iconic location in the heart of Tribeca provided just that.”

Beefbar first opened in Monte Carlo, Monaco in 2005 and also has outposts in Paris, Hong Kong and London. Its U.S. eatery will be opened and run by TriBeCa Hospitality Group, though it’s unclear when the restaurant will be open for business. The 11-story property is owned by Fine Arts Housing, a company associated with property management firm The Andrews Organization, according to property records.

Nobu left the building between North Moore and Franklin streets in 2017 after 23 years, to move to a larger, 14,384-square-foot space at L&L Holding Company’s 195 Broadway in the Financial District. Its former 105 Hudson home stayed on the market for five years before finding Beefbar as a tenant.

“With the flight to quality in the market, our vision to reinvigorate 105 Hudson Street and better position the asset helped to draw strong interest in the building, and we’re excited that it stood out to Beefbar and will be home to their first U.S. location,” Braus said.