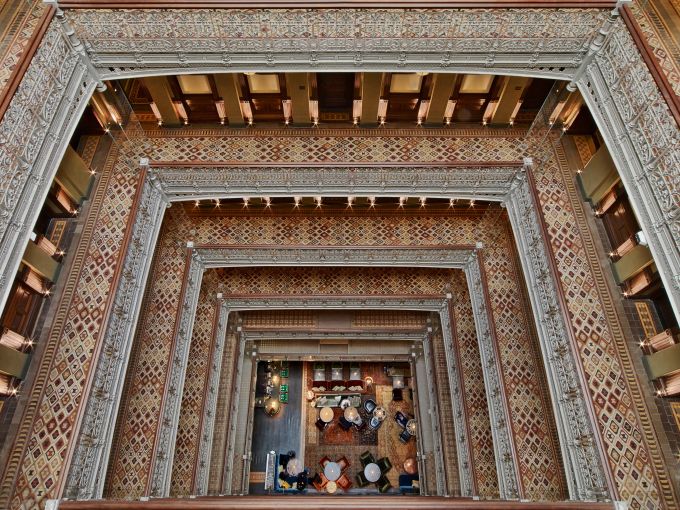 “To sleep, perchance to dream…” once wrote William Shakespeare, and dare we say the Bard of Avon would be sleeping pretty tightly knowing the site where his play “Hamlet” made its New York City debut in 1761 just received some significant dollars.

Bank OZK provided a $130 million senior loan in the deal, while $65 million in subordinate debt was raised via the Tel Aviv Stock Exchange. The financing retires existing debt on the property and also funds reserves for the landmark property.

“The refinancing is a validation of the demand for this award-winning hotel that has been a hot spot for cocktails, events and stays by New Yorkers and visitors to New York since it opened its doors,” Allen Gross, chairman and CEO of GFI, said in prepared remarks.

GFI acquired the Beekman, at 123 Nassau Street, in March 2012, subsequently undertaking a substantial renovation and rehabilitation of the asset before it made its market debut as a Thompson Hotel in 2016. Previously known as the Temple Court Building, the historic building maintains several of its original architectural details and features a striking, nine-story, Instagram-friendly atrium.

Since its launch, the hotel has made the “World’s Best Hotels 2021” and “Top 15 Hotels in New York City,” lists in Travel + Leisure, and was crowned one of New York’s Condé Nast Traveler gold hotels in 2019.

It includes 287 guest rooms, plus meeting and event space. The hotel is also home to chef and restaurateur Tom Colicchio’s Temple Court restaurant and Daniel Boulud is scheduled to open a second restaurant at the property this spring, The Real Deal reported. Keith McNally’s Augustine restaurant previously opened at the site, before the pandemic forced it to shutter in July 2020.

GFI officials said the company’s focus throughout the pandemic has been on “working with its hotel management teams to maintain dialogue with their clientele, [providing] a safe and secure environment for its hotel employees and guests, and to work through the financial challenges caused by the pandemic.”

“The Beekman Hotel is unique and a stunning gem in our portfolio that has weathered the worst of the pandemic,” Gross said. “After a positive Q4, we are beginning 2022 in a strong position to capitalize on the expected rebound of business and leisure travel to New York.”

Those travelers will be staying at a historic place, with several moments of cultural significance woven deep in the Beekman site’s tapestry. “Hamlet” was first presented at The Chapel Theater, which previously stood at the address.

And while Shakespeare also cautioned, “Neither a borrower nor a lender be,” in “Hamlet,” we think both GFI and Bank OZK struck a pretty sweet deal this week.