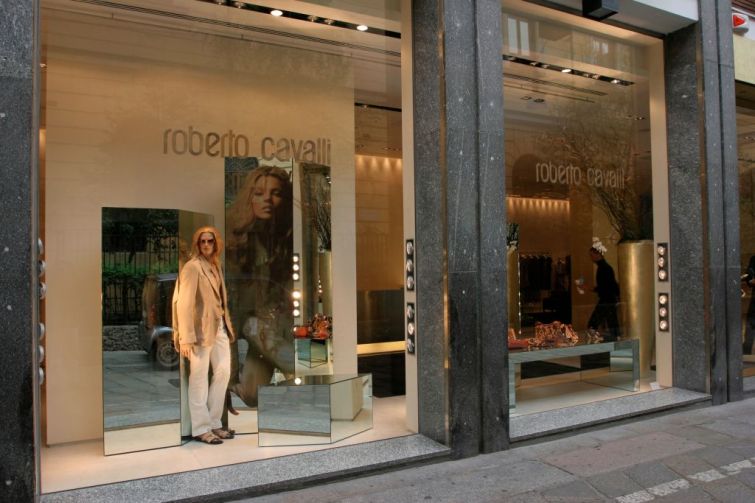 Luxury fashion label Roberto Cavali is coming to the Bal Harbour Shops, the storied Miami mall, along with other exclusive labels.

The Roberto Cavalli fashion boutique is set to open this month on the second floor at store unit 209, a spokesperson for Bal Harbour Shops confirmed. The store will replace Escada, another luxury fashion brand, which filed for bankruptcy last month.

Roberto Cavalli’s owner is none other than DAMAC Properties, the developer bidding $120 million for the site of the deadly condominium collapse in Surfside, Fla. The Dubai-based company bought the Italian fashion house out of bankruptcy for an undisclosed amount in 2019. In recent years, Roberto Cavalli, known for its animal prints, had struggled to stay relevant as streetwear took over the industry.

Down the road from Bal Harbour Shops, DAMAC is now performing its due diligence on the land where the Champlain Towers South building stood at 8777 Collins Avenue. Once DAMAC’s due-diligence period is over, the parcel will likely head to auction this year given the interest from other firms, court-appointed receiver Michael Goldberg said at a court hearing last week. During the auction, the $120 million bid will serve as a price floor and DAMAC will have a chance to outbid the highest offer, per its contract.

A representative for DAMAC did not respond to a request for comment.

The DAMAC lease is just one of a slew of leases at the swanky Bal Harbour Shops. Owned by Whitman Family Development, the outdoor mall is widely regarded as one of the most luxurious retail establishments in the country. It’s lined with tropical vegetation and features only exclusive brands such as Chanel and Gucci.

A few shops down from Cavalli, Miami-based designer Silvia Tcherassi signed a lease for store unit 211 in November 2021. Swimwear brand Vilebrequin currently occupies the space. It’s unclear whether Vilebrequin will relocate within the shopping center or close its store altogether.

Veronica Beard, an up-scale women’s wear label, will return to the mall, also on the second floor. The brand closed a lease deal for store unit 210 in October 2021. Watch company Tourneau, which previously leased the space, relocated to another storefront on the same floor.

Veronica Beard had first opened a Bal Harbour store in 2019, closing it shortly thereafter, most likely due to COVID-19. But now the company is expanding once again across South Florida. It opened boutiques in Miami’s Design District and in Palm Beach’s Royal Poinciana Plaza last year.

Another high-end women’s wear brand, Scanlan Theodore, is moving up at Bal Harbour Shops. On the third floor, it’s taking store unit 394, having signed a lease in October 2021. The company had previously been stationed on the second floor, a location that Parisian label Isabel Marant now occupies.