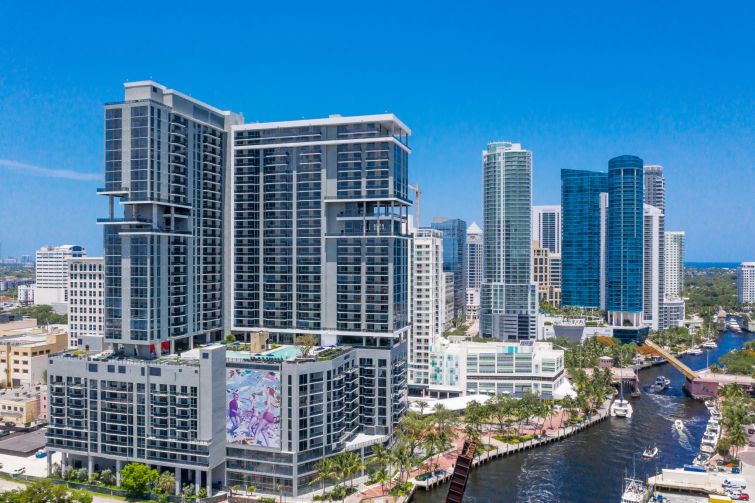 The controversial former head of WeWork paid $17 million for the ground-floor retail space in an apartment building in Downtown Fort Lauderdale, according to the sellers, Tricera Capital and Merrimac Ventures.

According to state records, the company behind the purchase not only lists the address of Neunnman’s Gramercy Park apartment, but also that of Mark Lapidus, WeWork’s former head of real estate, who has previously been linked to Neumann’s multifamily acquisitions. While the record also lists the address of Property Market Group (PMG), the developer for the Society property, a spokesperson for the company said it had no involvement in the transaction.

The retail deal completes Neumann’s ownership of the entire property. The investor purchased the residential component, according to The Wall Street Journal. The sale price has yet to be disclosed.

Before Neumann came into the picture, Merrimac — led by Dev Motwani, who is also the master developer of Miami Worldcenter — acquired the former Las Olas Riverfront complex. Motwani brought in PMG to develop the property, which was completed in 2020 and branded under PMG’s Society portfolio.

In a joint venture with Scott Sherman and Ben Mandell’s Tricera, Merrimac bought back the completed retail component for $3.8 million last year. At the time, the ground floor was only half full.

For Neumman, the retail transaction is the latest in a string of real estate investments following his turbulent departure from WeWork in 2019. In South Florida, he owns Caoba, a 43-story tower in Miami Worldcenter, and Yard 8, a 387-unit rental property in nearby Midtown Miami.

As part of his exit package from WeWork, Neumman received hundreds of millions of dollars, which undoubtedly helped finance his next venture as a landlord.