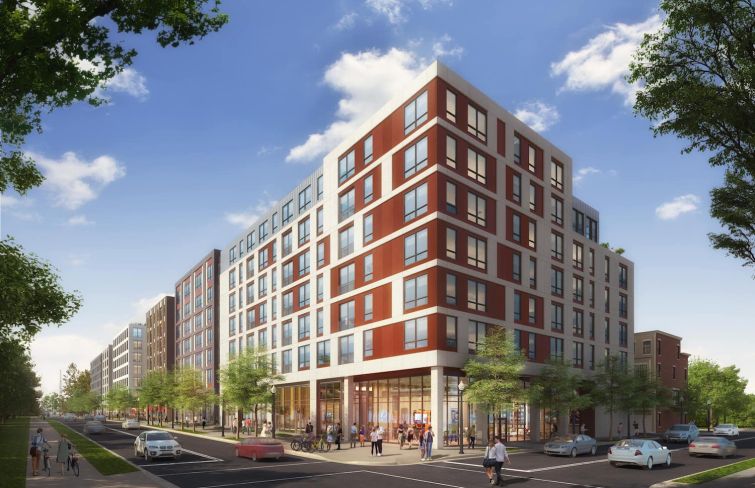 Currently under construction, Parkside 8 and Parkside 10 will feature 230 residential units and approximately 14,000 square feet of retail space combined, when finished. Select units will be reserved for residents earning between 80 and 120 percent of area median income.

Merchants Capital secured the financing for the developers, facilitating $56 million in construction loans through Merchants Bank of Indiana and $59 million in permanent financing through a Freddie Mac non-low-income housing tax credit (LIHTC) and Freddie Mac permanent loans. Loan details were not disclosed.

“Housing affordability remains a challenge, and the Parkside developments will benefit community members of Ward 7 who would not otherwise be able to afford the high cost of living in Washington, D.C.,” Lee Oller, executive vice president of Merchants Capital, said in a prepared statement. “Our partnership with Freddie Mac allowed us to structure a complete financing solution using their non-LIHTC program for permanent debt.”

The developments are a portion of the larger, 3.1 million-square-foot master-planned development known as Parkside, which will include up to 50,000 square feet of retail, 860,000 square feet of office space, a one-acre park and a new pedestrian bridge that crosses over Kenilworth Avenue and I-295 to the Minnesota Avenue Metro.

“Workforce housing is such an important component of a city’s housing plan as it supports employment populations that are critical in making the city operate,” Peter J. Farrell, managing partner of City Interests Development Partners, said in a prepared statement. “We need teachers, fire fighters, members of the police force and government employees living and working in our communities.”