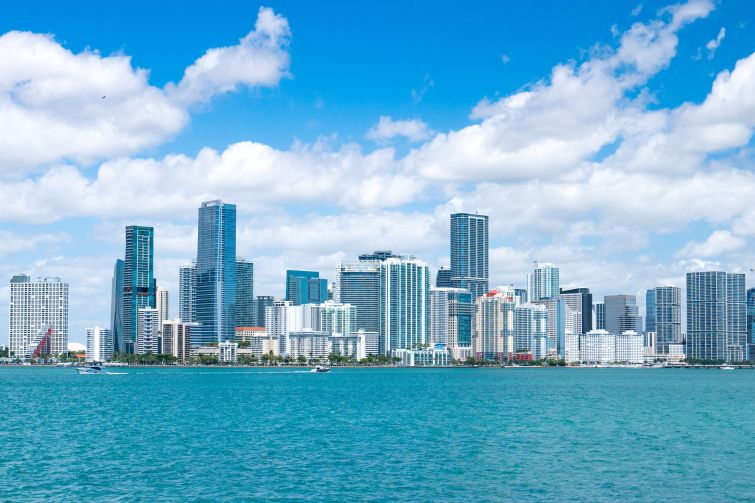 Terra, the developer embroiled in litigation over the deadly building collapse in Surfside, Fla., and financial behemoth Apollo Global Management want to build a mixed-use development in Downtown Miami.

The Miami Parking Authority (MPA) is fielding proposals to expand a parking lot, College Station Garage, into a mixed-use development. Situated at 190 NE 3rd Street, the garage sits in one of the most sought-after neighborhoods in Miami. The 2-acre site is within walking distance of Bayfront Park and FXT Arena.

Terra, led by David Martin, and Apollo’s real estate investment arm have proposed two towers with 856 rental units and 181,546 square feet of offices, according to documents obtained by Commercial Observer.

The development would also include a new parking lot with 1,533 slots, of which the MPA would own approximately half. The ground floor would offer 16,249 square feet of retail.

The partners predict the project will generate almost $1.7 billion for the MPA over a 99-year ground lease. They’re competing with the Related Group, Miami’s largest condominium developer, and ROVR Development, which together have proposed a 1,200-apartment complex with an affordable-housing component.

If selected, construction would begin in 2023 and take 59 months to complete. Representatives for Terra did not immediately provide comment.

The Downtown Miami project for Terra and Apollo would represent another high-profile team-up in Miami. Terra is developing Five Park, a luxury Miami Beach condo, for which it received $345 million in construction financing last year, including $220 million from Apollo.

During the past few months, Terra has come under scrutiny for the construction of its luxury condo next door the Champlain Towers South building in Surfside, which fell last June, killing 98.

In November 2021, victims’ families and surviving residents sued Terra, alleging the construction weakened Champlain’s structure. Terra and its partners deny wrongdoing. The class-action lawsuit will head to trial in March 2023.

The Miami-based developer appears to have returned to form since being sued. Earlier this month, Terra nabbed a $141 million construction loan for a mixed-use project in Bay Harbor Islands.

For developers, Downtown Miami has become a gold rush as Northerners flock to the Magic City. The neighborhood is flush with development, and is home to the Miami Worldcenter, one of the largest master-planned developments in the country, stretching 27 acres. Monthly rents for Miami apartments have risen by 28 percent over the past year, according to a newly released report by ApartmentList.