The firms are seeing a surge in demand from domestic buyers in New York, Washington, D.C., Boston, and Chicago 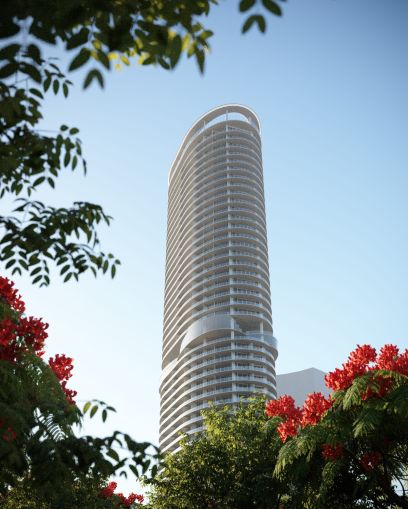 Miami-based developers Galbut Family Office Investments (GFO) and Terra are planning to break ground on a 48-story residential tower on Miami Beach after closing on a $345 million construction loan from the Blackstone Group and Apollo Global Management.

The financing, which closed this week, is among the largest, if not the largest, construction loans to close in South Florida since the beginning of the pandemic.

“This skyline defining project is a testament to the sponsors’ creativity and vision,” Kurland, co-head of New York capital markets for W&D, said. “It’s delivering an unparalleled ultra-luxury product while also creating Miami’s newest park and pedestrian bridge.  Terra and GFO’s commitment to the city of Miami is put on full display with this dynamic development.”

The development site at 500 Alton Road, formerly home to South Shore Hospital, was purchased by GFO 14 years ago. Russell Galbut, chairman of GFO, and David Martin, CEO of Terra, said that the development, to be known as Five Park, will have 98 condominiums and 180 Park Residences, which could be rentals or condominiums. There will also be 40,000 square feet of amenities, including a pool on the fifth floor and a club house on the 26th floor. The project is expected to break ground next month and will be completed in 2023.

The developers will begin sales for the project in the next few months, Martin told Commercial Observer. The lenders are not requiring the developers to have a fixed number of deposits before they can start construction, he said.

In addition to the Five Park tower, the developers are building a three-acre public park, to be known as Canopy Park, between 600 and 700 Alton Road. The facility, which will feature a playground for children designed by MONSTRUM, a Danish playground designer, will also serve as a receptacle for rain water and will recharge the aquifer, rather than contribute to flooding which has been a problem in the area.

The units at Five Park will run between 1,400 and 1,600 square feet. The building will be LEED Gold-certified and “pandemic-friendly,” said Martin. There will be touchless technology on things like elevator buttons, doors and other high-touch areas. And its air-conditioning systems will include ionization and dehumidification.

Also in the works is a “signature pedestrian bridge,” that will go across Fifth Street and establish a pedestrian connection between the development, which is north of Fifth Street, and the neighborhood known as South of Fifth. The bridge will also serve as a gateway to Miami Beach from the mainland.

Martin believes there is great domestic demand for the units at Five Park tower coming from the U.S., which is a change from years past, when foreigners, especially Latin Americans, were the main buyers of residential units in Miami Beach. Now, he said, the demand is coming from New York; Washington, D.C.; Boston; and Chicago. Some of these buyers have so-called co-primary homes, especially people who are not tied to one city for work. The pandemic has increased the number of people who fit this category, he said.