Sperandio and Shatz will lead the new advisory practice from Miami. 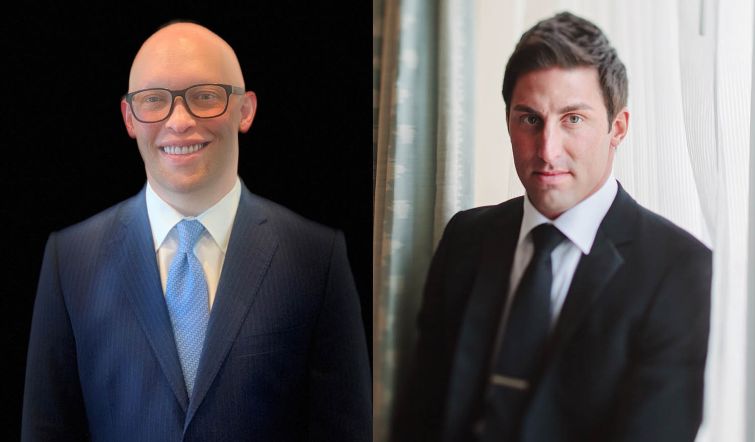 It’s a new dawn, it’s a new day, and some firms are making some big new moves.

RIPCO Real Estate has launched a debt and structured finance division, and has hired Steven Sperandio and Matthew Shatz to lead the charge, Commercial Observer can first report.

Sperandio and Shatz are now co-heads of RIPCO’s debt and structured finance group, focused on sourcing debt and equity for the firm’s clients nationally. The two will be based in Miami, where RIPCO established a new office in April 2021.

With investment sales, property management and leasing services already firmly established, RIPCO COO Mark Kaplan described the addition of a debt advisory arm as “the fourth and final pillar of our real estate services business,” adding that the hiring of Sperandio and Shatz puts RIPCO on the same playing field as the industry’s elite capital advisory platforms. “We’re now able to offer our clients the full complement of brokerage services,” he said.

Sperandio and Shatz join RIPCO from B6 Real Estate Advisors, where they most recently served as partner and senior managing director, and managing director, respectively. Both have extensive experience in the South Florida market as well as New York City.

Sperandio said he and Shatz were drawn to RIPCO because it’s a “proven, well-resourced company that has market-leading brokers and a long list of impressive client relationships.”

“We’re looking to grow our team down here in South Florida, as well as expanding on our existing book of business by leveraging RIPCO’s existing clientele base,” Shatz added.

‘Miami Heat’ may apply to the fierce competition for deals in the city today, as well as the basketball team or 90-degree days, but Sperandio and Shatz’s deep New York experience coupled with their established boots on the ground in South Florida gives them a unique competitive edge, they said.

“A lot of capital comes out of New York, and having your feet on the ground here with a company that supports you going back and forth regularly to manage both sides of the business makes it really compelling,” Sperandio said.

“We’ve seen a natural matriculation over the last 24 months of not only major companies and personnel, but also capital, as investors are looking to seek yield outside of New York City and move to secondary markets that have high-growth potential,” Shatz said. “South Florida certainly ticks that bucket.”

Investor and lender hot spots in terms of asset classes include office, last-mile industrial and, of course, multifamily to meet the explosive population growth the city has experienced, Shatz said.

And in terms of future growth, the momentum behind capital chasing Miami opportunities is “not slowing down in the slightest,” Sperandio said.

Even before RIPCO set up its Miami office, the firm was hired by Related Group and East End Capital as the exclusive leasing agent for Wynwood 25, a master-planned, mixed-use development in Miami’s iconic Wynwood district, and then by Vornado Realty Trust for its retail space at 1100 Lincoln Road.  The projects served as further evidence that RIPCO’s services were needed in Miami, Kaplan said.

Now, with boots on the ground covering all four pillars of real estate services, the firm is off to the races.

As Sperandio and Shatz settle into their new seats, they have active financing mandates already underway “to the tune of several hundred million dollars,” Shatz said.

They’ve also started making inroads with RIPCO’s investment sales and leasing teams. “We feel that the opportunities are going to be bountiful, in terms of providing real value for our clientele and offering them a full-service brokerage suite,” Sperandio said.

“We were thrilled to bring over Stephen and his team, and it really added fuel to our investment sales business,” Kaplan said. “We always were selling properties, but not to the level that Stephen’s team does. It gave us increased credibility in the investment sales space,”

Now, if clients have an acquisition to finance, or if a seller decides to refinance rather than sell, RIPCO has the capabilities in-house to assist with those financing needs.

Today, RIPCO has around 100 brokers on its staff today across four offices in New York — soon to be five with its new Queens office — plus two offices in Florida.

“We’re in this sweet spot where we have few enough brokers that we can have an impact from a management leadership standpoint on every broker, but big enough that we have the resources and the breadth and depth to service our clients and brokers’ needs,” Kaplan said.

Prior to B6, Sperandio was in Newmark’s debt and structured finance group. He was named REFI US’ “Rising Star of Commercial Real Estate” in 2019. Shatz previously held roles at Related Companies and J.P. Morgan, and was honored in CO’s Top Young Professionals: 25 Under 35 list in 2020.

​​”We’re in the talent business. And we’re always focused on bringing over the best people, and figuring out how we can help them in whatever business they’re in,” Kaplan said of the hires.

Further to that point, Kaplan said the first thing he always asks as he makes new hires at RIPCO is: “Do I like them? Are they good people? Can I see myself working with them on a daily basis? For Steve and Matt the obvious answer was yes. The second question is, are they people that I’d refer my clients and relationships to? I want experienced folks who have relationships of their own and have experience. And I can sleep well at night, knowing that whether it’s my relationships or anyone else’s relationships at the firm, Steve and Matt can handle all of their needs.”