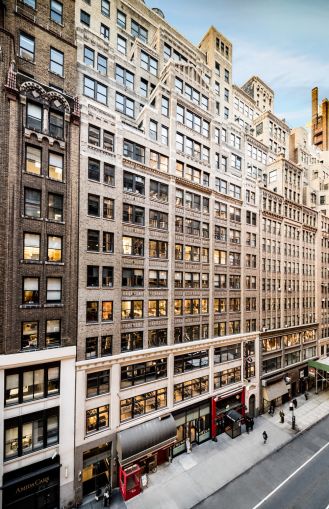 The restaurant Patiala Indian Grill will open a second outpost in Midtown South, at 240 West 35th Street in the spring, Commercial Observer has learned.

The grill, which serves cuisine from the north and south sides of India, will open a sit-down location in 3,665 square feet at the base of the 18-story, 165,000 square-foot Garment District office building, according to landlord ATCO Properties & Management. The asking rent was $150 per square foot for the 12-year lease.

“We are thrilled to welcome another fantastic dining option to our building at 240 West 35th Street,” Kate Hemmerdinger Goodman, who represented the landlord in-house, said in a statement. “Given our outstanding location just south of Times Square, Patiala will be a great amenity for our tenants and the neighborhood.”

The business will keep its other grab-and-go outpost at 371 West 34th Street near Penn Station and both are owned by Srinivas Gangula, who started the eatery after he came to the United States from Hyderabad, India, in 2006. Gangula’s restaurant will neighbor the Latin American restaurant Café Nunez and Irish pub Jack Doyle’s at the building between Seventh and Eighth avenues.

“West 34th Street is probably the best block in the garment center,” said Capital Real Estate Advisors’ Jean Bates, who represented Patiala in the deal. “It’s very busy, it’s vibrant, it has many businesses on that block [and] many successful restaurants. … It’s just a wonderful street and they wanted to be within walking distance of their other space so this was a no-brainer.”

Patiala’s new space was previously occupied by the sandwich and salad fast-food joint Café Metro, which closed during the pandemic after opening in 2018, according to ATCO. It will be located below office tenants including the North American headquarters of the luxury perfume and scented candle company Diptyque, the foreign language school Spanish-American Institute and fashion designer Thom Browne.