Price nearly double what it sold for in 2014 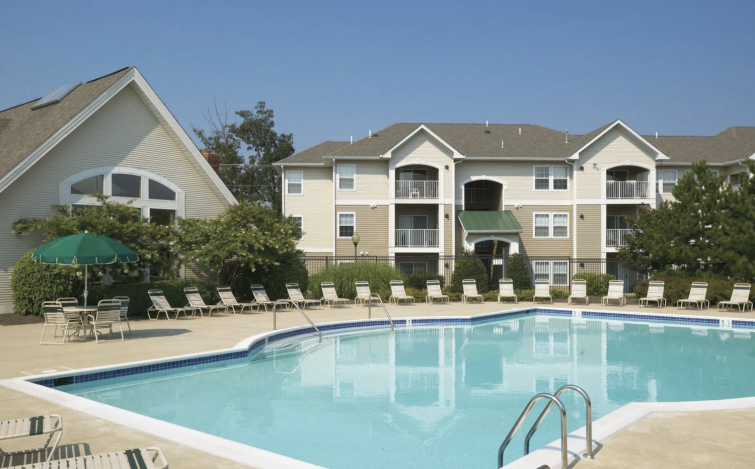 The sellers were a joint venture between FCP and Kettler, which acquired the property in 2014 for $55.78 million.

Under their ownership, the partners have invested more than $1.2 million in improvements to the property, including updating the leasing center and common area amenities, and clearing up a lot of deferred maintenance.

“Fields at Cascades is in great condition and with its proximity to major job nodes like Herndon and Reston, we’re excited for a rare opportunity to preserve a large number of housing units for workforce families in the richest county in the U.S.,” Phuc Tran, director of investments for Jair Lynch Real Estate Partners, told CO. “We will be addressing all deferred maintenance in the immediate term and plan to make incremental property improvements long term.”

Originally constructed in 1995, the 18.5-acre complex consists of 12 three- and four-story garden-style apartment buildings with a one-story clubhouse. Community amenities include a pool, an on-site fitness center, tennis courts, a playground and a community clubhouse.

“Fields at Cascades is a well-located community in Loudoun County, an area in high demand by Northern Virginians,” Lollie Corrigan Loflin, part of FCP’s asset management team covering the mid-Atlantic region, said in a prepared statement.

The new buyers plan to make pressing repairs they find as soon as possible.

Located at 21260 Huntington Square, the property is close to Dulles Town Center and the Dulles Tech Corridor.

With the deal, Jair Lynch has now invested more than $1 billion in its attainable housing strategy, aimed at increasing and/or preserving affordable and workforce housing throughout the mid-Atlantic region for households earning between 30 and 120 percent of the area median income.

“With Loudoun County being named the second-fastest growing county in the U.S. in 2021, and with its proximity to major job nodes in and around the D.C. region, we’re thrilled for the opportunity to preserve a large number of housing units for workforce families in such a booming environment,” Tran said.

CBRE’s Jonathan Greenberg, Jeff Kunitz and Mike Canori represented the sellers in the deal. CBRE also worked on behalf of the buyers.

The two parties have transacted before, as the buyers acquired the Potomac Vista Apartments in Woodbridge, Va., from the sellers in June 2020 in a $73 million deal.