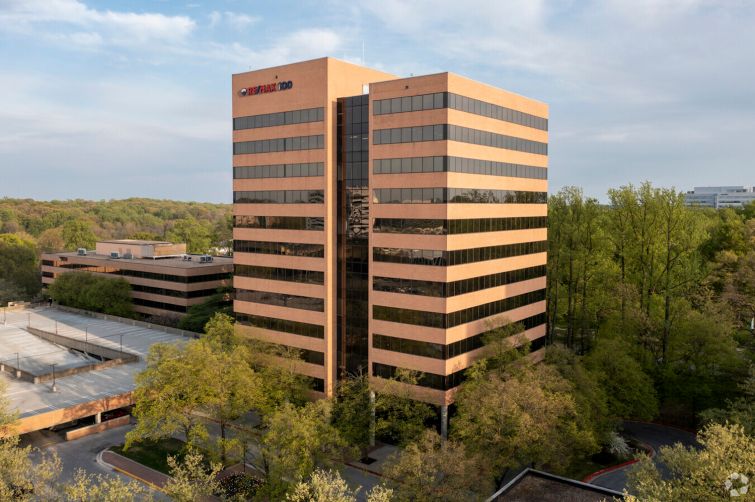 The investment banking and corporate financing firm will take the top floor of the building, located  at 10440 Little Patuxent Parkway in Howard County, according to the company. Rents in the building average $27.5 a square foot, according to PropertyShark.

The Howard Hughes Corporation developed and owns the property, which is part of the greater Corporate Row development, seven-buildings comprising nearly 1 million square feet of space.

“We looked around the region and Corporate Row in Columbia had the best set of assets we could find to help retain and recruit employees and be in the heart of Baltimore and Washington,” Shelley Lombardo, Evergreen Advisors’ COO told Commercial Observer. “The walkability to restaurants, gorgeous views of Symphony Woods from the top floor of the new space, and being so close to many of the companies we assist made it an ideal location.”

The company will relocate its headquarters from 9256 Bendix Road, also in Columbia, in late May. Evergreen Advisors has occupied that space since 2008 and has a second office at 2010 Corporate Ridge in McLean, Va.

Evergreen Advisors was looking to move, Lombardo noted, due to its tremendous growth over the past five years, as it now serves more than 500 companies and created capital and liquidity in excess of $2 billion.

Corporate Row is in the midst of a $10 million renovation across the portfolio, which will include the creation of connective pathways between all seven buildings, and two central amenity hubs including fitness centers, bike storage, tenant lounges and golf simulator.

“Much of our capital investment in Corporate Row in recent years has been focused on the systems and infrastructure of the buildings — elevator modernizations, HVAC systems, exterior envelope, and so on — all of which are critical to the buildings, but less tangible to our tenants,” Greg Fitchitt, president, Columbia, of The Howard Hughes Corporation, told CO. “With those infrastructure upgrades largely complete, it was the right time to invest in some more visible and exciting improvements.”

The Mackenzie Commercial Real Estate Services team of Joe Bradley and Bill Whitty represented Evergreen Advisors in the transaction. The landlord was represented by Alex Hancock of Transwestern.