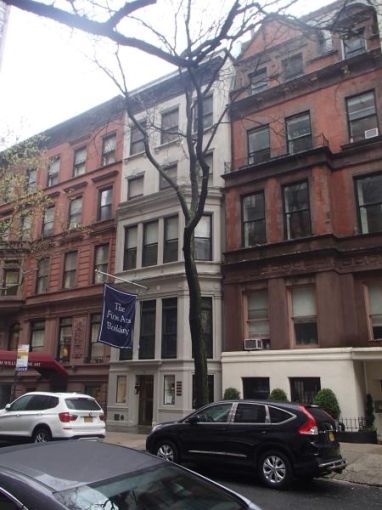 Contemporary art gallery Sprüth Magers will open its first New York location on the second floor of 22 East 80th Street on the Upper East Side this spring.

Sprüth Magers took 2,244 square feet at the building owned by management company Kar Fifth Corp., according to Judson CRE, whose Nicholas Judson and Wendy McDonald represented both the landlord and Sprüth Magers’ founders, Monika Sprüth and Philomene Magers, in the five-year deal. The asking rent was $118 per square foot.

Sprüth Magers, which sports outposts in Berlin, London and Los Angeles, closed the Upper East Side deal on Dec. 27, 2021. It will move into the space during the first quarter of 2022 without renovating the property, according to a spokesperson for Judson CRE.

The gallery works with over 70 artists and estates and has presented American visual artists George Condo and abstract painter Lucy Dodd. It will join the European art gallery Robert Simon Fine Art at the five-story property.

The space was formerly occupied by Driscoll Babcock Galleries, a 168-year-old institution that shuttered in 2020 after its owner, John Driscoll, died of COVID-19 in April.

“The gallery’s former tenant, John Driscoll, was a master in his field and we will miss him dearly,” Judson said in a statement. “As one of the preeminent European dealers, Sprüth Magers will make a fitting addition to the other notable names in the neighborhood.”

Driscoll’s collection included pottery and once sold a version of Emanuel Leutze’s three famous paintings entitled “Washington Crossing the Delaware,” depicting George Washington and his troops crossing the Delaware River during the American Revolution. It’s unclear if ​​Driscoll Babcock Galleries will reopen at a new location.