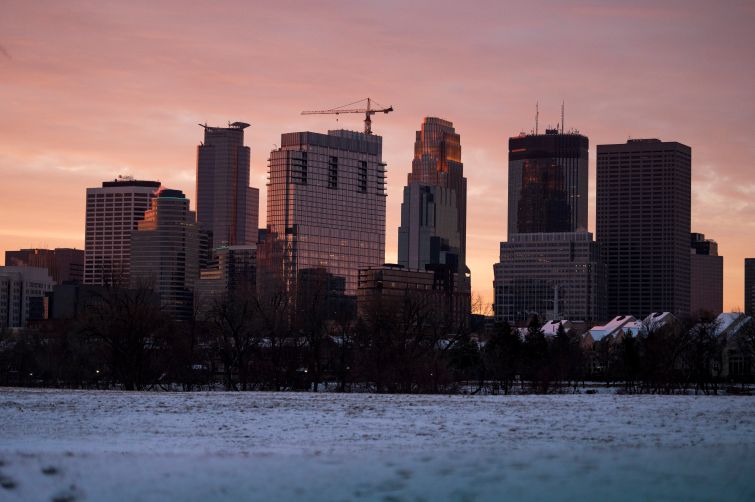 “CRED iQ monitors distressed rates — DQ + SS percent— and market performance for nearly 400 metropolitan statistical areas (MSAs) across the U.S., covering over $900 billion in outstanding commercial real estate debt,” wrote Marc McDevitt, a senior managing director at CRED iQ. “Distressed rates for the current month and month-over-month changes are presented below, by property type, for some of the 50 largest markets. This month, distress in the office sector became more apparent, accounting for four of the 10 largest percentage increases in distress by market sector. Conversely, the hotel and lodging sectors continue to exhibit improvement — nine of the 10 biggest improvements by market-sector distress were for retail or lodging.

“The Chicago market exhibited notable increases in distress this month, which was largely caused by the transfer of two loans to special servicing. The $100 million 135 South LaSalle loan transferred to special servicing due to insufficient cash flow following the departure of Bank of America from the collateral property at lease expiration in July 2021. The collateral is a 44-story, 1.3 million-square-foot office tower, but is classified by servicer data as mixed-use (other) due to a ground-floor retail component. Additionally, the $240 million 181 West Madison loan transferred to special servicing this month due to the bankruptcy of the sponsor, HNA Group. The collateral is a 50-story office tower located in the Central Loop of the Chicago Central Business District. This is the second consecutive month that the Chicago office sector has appeared as a market with one of the 10 largest month-over-month increases in distress.

“The Raleigh office market exhibited the second greatest month-over-month increase in distress following the delinquency of the $20.8 million Brier Creek Corporate Center I & II loan. Occupancy at the collateral property declined to 24 percent after its largest tenant, biopharmaceutical company UCB, vacated at lease expiration in March 2021.

“The top five distressed markets remained unchanged from the prior month. The Minneapolis MSA has the highest overall distressed rate at 23.1 percent. New Orleans (15.28 percent), Louisville (14.19 percent), Cleveland (11.76 percent), and Milwaukee (10.98 percent) round out the list of markets with the highest rates of distress. Following an increase in distress within the Allentown, Penn., MSA, Sacramento (0.54 percent) now has a firm position as the market with the lowest percentage of distress among the Top 50 MSAs.