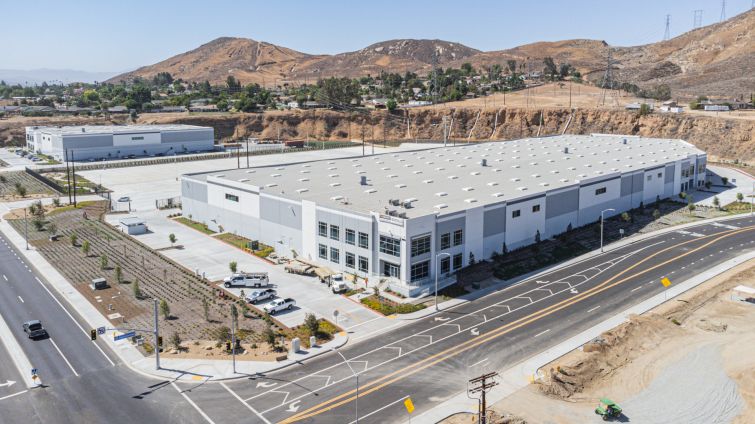 A deal for a new, fully leased warehouse in the Inland Empire could be Exhibit A in a case proving how vigorous demand is for new industrial space in Southern California.

Shubin Nadal Realty Investors and Penwood Real Estate Investment Management sold a 182,630-square-foot industrial building for $70 million — or an eye-popping $383 per square foot — according to Lonnie Nadal, co-founder of Shubin Nadal. It was acquired by Chicago-based Walton Street Capital.

CBRE marketed the property at 1603 South La Cadena Drive and announced the deal.

“This is an invaluable location due to the uncommonly large yard for trailer storage and its immediate access to I-215 with a direct connection to I-10 and the 60 and 91 freeways,” said CBRE’s Darla Longo, who represented the seller with Barbara Perrier, Rebecca Perlmutter, Joe Cesta and Eric Cox.

Nadal said the property is occupied by PAE Technologies, a contractor for the U.S. Post Office. He told Commercial Observer his company acquired the land in Colton, Calif., in 2019 and developed the building, adding that an additional five acres of trailer parking helped raise demand for the development and led to the high price.

“The industrial market is stronger than we’ve ever seen before,” Nadal said. “With the need for warehouse space because of internet shopping and last-mile distribution, there’s less than a 1 percent vacancy factor in Southern California.”

A recent report from CBRE shows how strong demand for logistics space has also led to steep rent increases for tenants looking to renew or relocate, with the Inland Empire posting one of the highest average increases in the nation on expiring five-year leases.

Walton Street Capital did not return a request for comment.