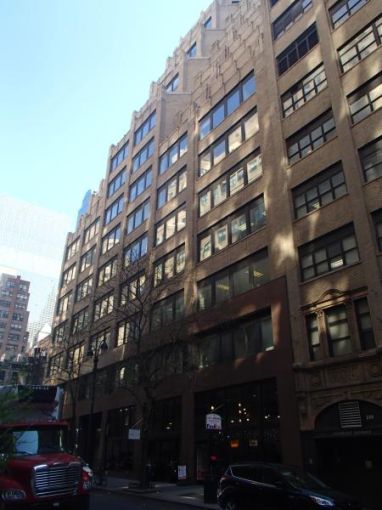 According to a December 2021 National Public Radio report, Amen Clinics is known for its unorthodox treatment of chronic traumatic encephalopathy, or CTE, a brain condition caused by repeated blows to the head most commonly found in American football players. It snagged 7,500 square feet at the Midtown East building, relocating from its smaller offices at 16 East 40th Street.

“As we were getting closer and closer to the lease expiration, it was becoming harder and harder to understand how much space we would really need,” said Amen Clinics’ Gigi Gill in a statement. “On one hand, we were experiencing rapid growth. On the other hand, it seemed that virtual visits were really working and many patients were content to have doctor visits online.”

Amen Clinics’ treatments cost thousands of dollars in out-of-pocket expenses and typically include a type of brain scan not recommended by the American Psychiatric Association because it exposes patients to radiation. Its self-described brain-health expert and founder, Dr. Daniel Amen, would call the treatments new and exciting, though other prominent psychiatrists have questioned the effectiveness, high cost and value of his treatments.

In a response to NPR shared with Commercial Observer, Amen himself said the report “missed the mark on several major elements and failed to give any real hope or useful information for people who are suffering. Rather the journalists decided to try to embarrass and diminish those of us who are trying to make a real difference for people who suffer with brain health issues.”

Amen Clinics also stresses that it is not, in fact, known for treating CTE, but rather neuro-psychiatric conditions, including depression, anxiety and ADD.

The deal, which closed more than two months ago, puts Amen Clinics in the 16-story building between Second and Third avenues in the next month, according to Summit RE Partners’ Daniel Hassett, who represented the tenant. The tower is also home to the meditation nonprofit, the David Lynch Foundation, an organization founded by the director of the cult classics “Blue Velvet” and “Twin Peaks,” David Lynch, CO reported.

The property is owned by Beckrose Estates and managed by Steinberg & Pokoik. The management company did not immediately respond to a request for comment.

UPDATE: This article was updated to include comment from Amen Clinics.