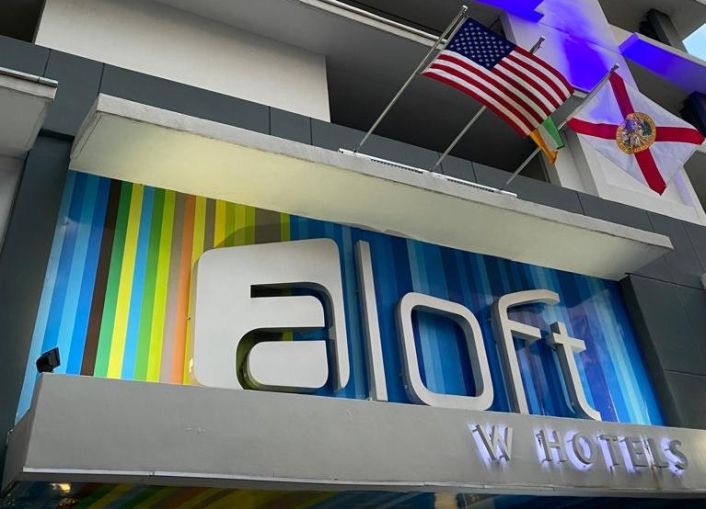 The owner of the Aloft Brickell Hotel won a bankruptcy court’s permission this week to exit Chapter 11 reorganization.

Mary Brickell Village Hotel, owner of the 160-room hotel at 1001 Southwest Second Avenue in Miami, entered bankruptcy in July 2021. At the time, the hotel said its lender, New York-based Torchlight Investors, was playing hardball in the aftermath of the pandemic.

“We got to a deal, cured the monetary default and as of [Wednesday] the hotel is out of bankruptcy,” said Joe Pack, a Miami bankruptcy attorney who represented the hotel.

In an April 2021 foreclosure lawsuit, Torchlight said the hotel owner had begun missing payments a year earlier. The loan originated in 2014 and was packaged on the commercial mortgage-backed securities market.

Mary Brickell Village paid about $2.5 million to come current on its loan, Pack said. In this case, he said, the property owner used Chapter 11 as an “offensive weapon” to fend off foreclosure.

The hotel is controlled by Pedro Villar, and the developer said in court papers that Torchlight “commenced an aggressive foreclosure action” and sought “a multimillion-dollar prepayment fee.”

“Torchlight [2] is, and has always been, unwilling to engage in negotiations to achieve a workout,” Villar wrote in a bankruptcy filing in July 2021.

The Aloft Brickell is a 14-story hotel that opened in 2013. In a bankruptcy petition, Villar said the hotel was prospering until the pandemic disrupted its business in March 2020.

In his bankruptcy filing, Villar said the hotel was worth $32 million. Its biggest debt was a $17.8 million mortgage.