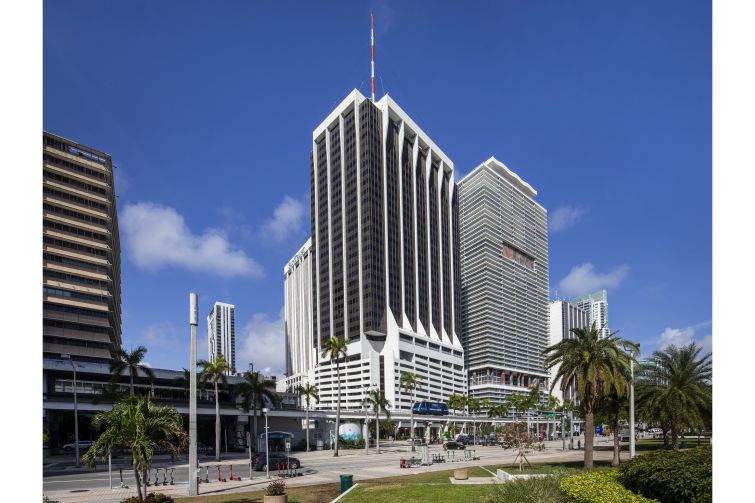 The office is in transition, but most real estate players are betting that some version of it will continue to dominate work life for the foreseeable future.

Occupancy is expected to rebound once the threat of COVID-19 subsides, and demand for newer product in urban centers is already competitive, as tenants with the wherewithal to move are looking for top-tier spaces, experts say.

Still, the uncertain outlook is affecting office investment sales, as the fundamentals shift and the levels, geography and type of demand continue to shake out.

In South Florida in 2021, there were five sales at or above $100 million — all of them for office towers in Miami, West Palm Beach and Boca Raton. Two players that dominate the list are New York-based Related Companies, headed by Stephen Ross, which is the biggest office landlord in West Palm Beach by a long shot, and Boca Raton-based CP Group, which made a number of trades this year in both directions.

Here are the top five office investment sales in 2021, based on data from CBRE.

Related Companies started off the year with the purchase of the two-tower Philips Point, a waterfront office complex in West Palm Beach, for $281.9 million. Financing included a 10-year mortgage from Goldman Sachs amounting to $229 million and a $31 million mezzanine loan, with Related injecting the remaining equity. Elliott Management, one of the year’s most prominent New York financial transplants, leased space at Philips Point.

Monarch Alternative Capital purchased a 90 percent stake in the 34-story Citigroup Center in Downtown Miami from CP Group for $270 million. The 800,000-square-foot property was 70 percent leased, including to its namesake tenant, when it sold in June. Monarch plans to renovate the property, built in 1983, and will manage it together with CP Group and a third partner.

After CP Group unloaded its majority stake in the Citigroup Center, it teamed up with funds managed by Rialto Capital Management and Sabal Capital Partners to purchase another Miami office tower for $225 million. The joint venture purchased the 38-story One Biscayne Tower from Dow Chemical. The building was 65 percent leased at the time of the sale.

Related Companies makes a second appearance with the purchase of the Cityplace Tower, also in West Palm Beach, for $175 million. The 18-story building is adjacent to Rosemary Square, a 600,000-square-foot development Related built back in the early 2000s. Related’s new projects in West Palm Beach include 360 Rosemary, a 20-story office building delivered in 2021, and One Flagler, a new development that broke ground this year.

The final building to make the cut was another CP Group deal. Singapore-based Prime US REIT purchased the 10-story One Town Center in Boca Raton for $95.5 million from CP Group and Siguler Guff & Co. The building was originally developed by Tom Crocker, founding partner of CP Group (formerly Crocker Partners) in 1991, then sold to MetLife before being reacquired by CP Group, only to be sold again.