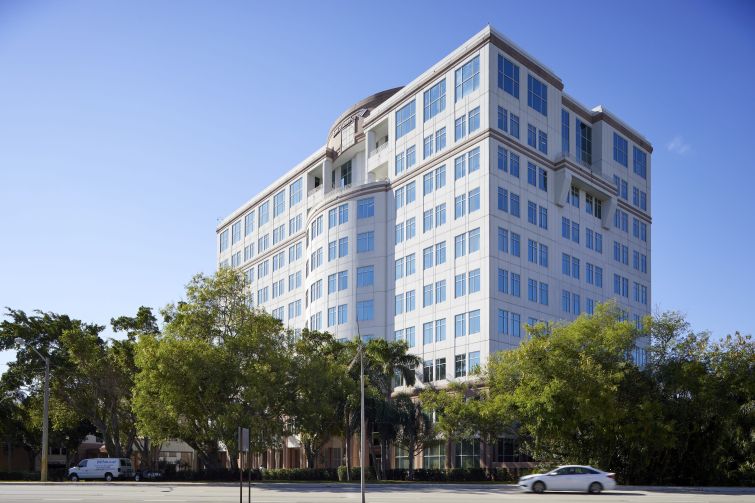 Prime US REIT has purchased a prime office property in Boca Raton, Fla.

Originally developed by CP’s founding partner Tom Crocker in 1991, the building sold for $30 million in 2007 to insurance firm MetLife, according to property records. CP Group, in a joint venture with Siguler Guff, bought back the building for $36.3 million in 2014, when it was only 26 percent leased.

Located at 1 Town Center Road, the 191,294-square-foot office tower sits along North Military Trail in the heart of Boca Raton’s retail district. The building once housed the headquarters of chemical company W.R. Grace & Co. and the offices of national security system firm Tyco, according to brokerage CBRE, which represented the sellers.

The Seed coffee and juice bar occupies a space on the group floor, while Boca-based restaurateur Mitchell Robbins will open an Asian fusion restaurant.

The sale comes on the heels of CP Group’s notable office purchases. Earlier this month, in Atlanta, the firm purchased the landmark One CNN Center, which housed the news network’s headquarters. In June, the group, along with two other partners, bought Miami’s 38-story One Biscayne Tower for $225 million.

CP Group, based in Boca Raton, is one of the largest office real estate owners in the Southeast and Southwest, according to the company. Since its inception in 1986, the company has acquired and managed more than 158 properties, totaling 50 million square feet, worth an estimated $6 billion.

Headquartered in New York, Siguler Guff is a private equity investment firm with more than $15 billion of assets under management, according to the company.

Prime US REIT specializes in Class A offices. Its portfolio, worth $1.41 billion as of March 31, spans 12 properties across the U.S., per the company.