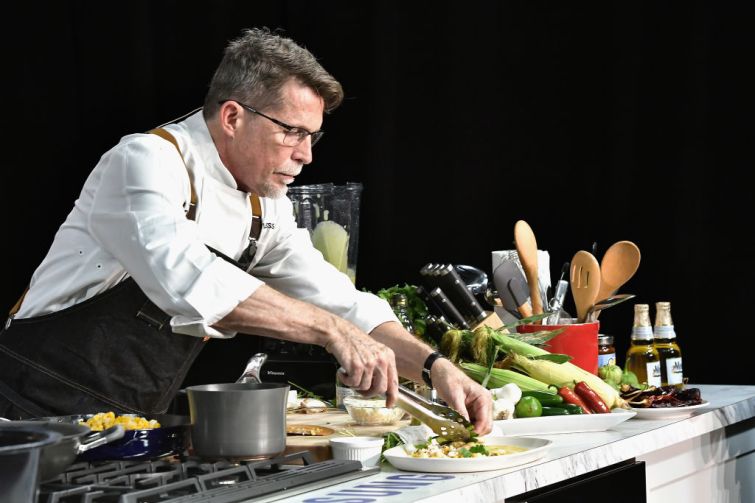 Tortazo signed a more than 10-year lease for 3,500 square feet in the building, also known as 10 Times Square, between West 40th and West 41st streets, according to landlord L.H. Charney Associates. A spokesperson for the landlord declined to provide the asking rent.

The new Tortazo location, set to open in the spring or summer of 2022, will encompass 2,500 square feet on the ground floor and 1,000 square feet in the basement of the Times Square property, the landlord said.

Bayless, who gained fame as a winner of “Top Chef Masters,” opened his first New York City restaurant in September with a Tortazo at 1123 Broadway, Thrillist reported. The eatery, known for its tortas, is backed by Filipino fast-food chain Jollibee Food Corporation.

FOC’s Todd Birnbaum represented Tortazo in the deal while Bob Gibson and David Berke of JLL handled it for the landlord. Representatives for FOC and JLL did not immediately respond to requests for comment.

The deal brings the retail space of the 34-story 1441 Broadway to 100 percent leased and Tortazo will join athletic retailer Champs Sports and sports bar Yard House in the building.

“While the past 18 months have certainly been a challenge for commercial real estate, the activity that we have seen over the past couple of months is encouraging and is indicative of our firm’s vision for these properties, Times Square and New York City in general,” Joseph Giannola, L.H. Charney’s COO, said in a statement. “The exciting new retail attractions will serve as an important amenity to our office tenants and provide a much-needed lift for workers returning to their offices.”