Wide-open workplaces will probably always be with us, COVID or not, but there’s now more room for privacy — literally 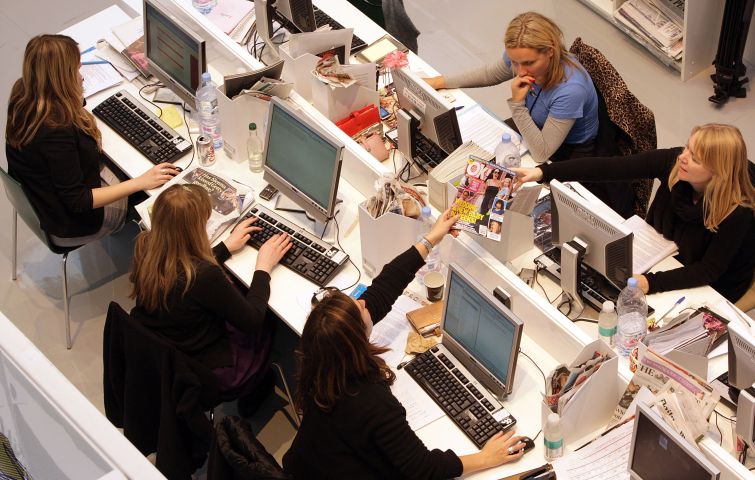 Maybe Clark Kent has a place to change into Superman after all.

One of the jokes of the 1978 movie with Christopher Reeve was Clark encountering one of those open-air pay phones on the sidewalk, providing him of course with no place to dump his mild-mannered reporter getup and become Superman.

Since then even that has completely disappeared, as just about all of us carry a phone in our pocket that does the job a pay phone used to do.

But now the phone booth is making a comeback thanks to the open office. One by one in the late aughts and early `10s, companies did away with private offices and even partitions as they wanted to encourage their workers to collaborate and become physically closer (not to mention save money on space).

They forgot one thing: Humans still sometimes need some privacy.

Restoring that privacy to open offices was a thing even before the pandemic. Now, as landlords jump through all sorts of amenitized hoops to draw tenants back, such privacy is in renewed demand. And there are firms seeking to capitalize on that jones for privacy.

The company Room provides modular office furnishings, many of them designed to restore that privacy, including interior phone booths that can be moved where they make the most sense. These are places where somebody can make personal phone calls or the sort of work ones that demand particular levels of concentration.

“The pandemic in reality has highlighted the truth about the modern workspace, and that is that it was never that great in the first place,” said Morten Meisner-Jensen, a Room cofounder. “Now what’s happening, first of all, it’s making that problem very, very clear, and, second, it’s accelerating the demand for better workspaces. Companies now will need to compete with the local coffee shop or the comfort of your home in order to pull people back to the workspace.”

Meisner-Jensen said that Room found that close to 70 percent of workers had been moved into an open-work environment, and that a majority of those workers complained about it.

“The one-size-fits-all open office plan does the exact opposite,” a Room spokeswoman said in an email. “You need spaces that adapt to the changing needs of your business, and your workforce.”

Other, outside research seems to suggest that as well. In an article published in the November-December 2019 issue of the Harvard Business Review, on what turned out to be the cusp of COVID, Ethan Bernstein, an associate professor of business administration at Harvard, wrote that research had shown that even with all the redesigns intended to force workers to collaborate workers have shown a remarkable ability to decide for themselves when to interact.

“They avoid eye contact, discover an immediate need to use the bathroom or take a walk, or become so engrossed in their tasks that they are selectively deaf, perhaps with the help of headphones,” Bernstein wrote of office workers in open workplaces.

Now tack on to the backlash against open offices the impacts of the pandemic. It, out of necessity, forced a lot of people to find ways to be as creative and productive working from home or from some other remote location as they were in the office, with privacy imposed on them without any choice.

Bernstein, with the help of Hayley Blunden, Andrew Brodsky, Winbon Sohn and Ben Waber, later wrote another article entitled “The Implications of Working Without an Office,” published in July 2020. That article at the height of the pandemic said that job satisfaction and engagement fell sharply the first two weeks, then recovered robustly as workers got in rhythm.

“The way we learned to work in the last 20 months is very consistent with the way they seemed to work in our open-plan offices,” he said of workers. “Even though that was unintended. Head-down time is not necessarily non-collaborative time because most of us are collaborating electronically. We could be looking at somebody on a Zoom screen or a Teams screen.”

For coworking, a new generation of tech-savvier companies like WeWork, Industrious and Knotel have long thrived on the willingness of strangers to plug in their laptop next to other strangers. But Jamie Hodari, CEO and cofounder of Industrious, which started out when open-plan was all the rage, has been stressing leasing spaces that are behind doors to afford members some privacy.

“We’ve been skeptics of the open-plan office for a very long time, since long before the pandemic’’ Hodari said. “It’s better to have a private space of your own to retreat to.”

Ebbie Wisecarver, WeWork’s global head of design, said in an email that “workplace design has shifted to meet the evolving needs of today’s workforce.” The company has been working to “combine flexibility and convenience with adaptable design solutions” that cater to both individual members and large enterprises.

Steelcase, the office furniture manufacturer and seller, spends as much time studying the psychology of the workplace as it does making the table, chairs and desks that fill up those spaces. Christine Congdon, the company’s director of global resources communications, said Steelcase is constantly looking for guidance for its business strategy.

In the aftermath of the financial meltdown of 2008, “a lot of the big technology firms that were really in a kind of growth mode began introducing these office concepts where there was seating in big communal tables, where people were sitting side by side with very little division between them,” Congdon said. “That became very popular because a lot of organizations were looking to drive innovation and growth, and were looking at tech firms as really innovative, and everybody wants to go to work for Google and Facebook.

“What began to happen is that after people began to live and work in those spaces, they began to feel like the pendulum had swung too far.”

This means free-standing individual work pods are in, as well as computer screens that wrap around, affording the worker more privacy. Out are somewhat cornier items once thought to create a fun office environment.

“The jury is still out in terms of what’s out,” she said. “But I would say things that are kind of frivolous. Like, for the longest time, organizations thought that buying foosball tables or a keg, or something like that, or slides in the office — things that the organizations maybe picked up from the dot-com companies and thought, ‘If I only put a slide or a foosball table in my office then it would be cool.’ That’s clearly been rejected by employees.”