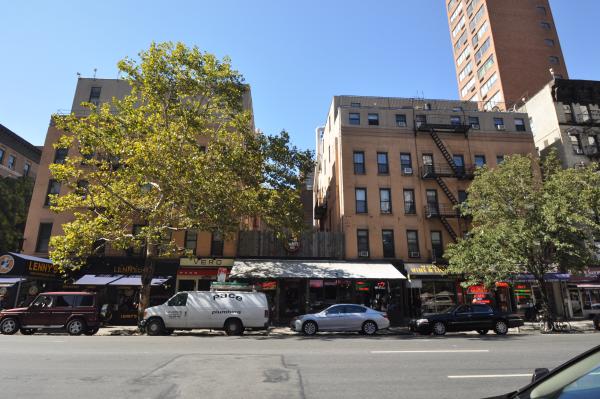 Naftali purchased the five-story buildings at 1481-1489 Second Avenue from Sky Management Corp. in a deal that closed on Friday, according to a source familiar with the deal.

“On the heels of three successful projects on the Upper East Side, the Naftali Group is thrilled to be further investing in the area with its first project on Second Avenue,” a spokesperson for Naftali said in a statement. “As with all of the firm’s developments, they are committed to developing a thoughtfully-designed building that will transform this prime corner and contribute to the ongoing transformation of the Upper East Side.”

The properties, between East 78th and East 77th streets, can house up to 152,000 buildable square feet, though Naftali could build up to 186,000 square feet if the developer decides to construct affordable housing as well, according to the source.

The mixed-use property includes residential apartments and a ground-floor retail space in both, along with a small retail space sandwiched between the two buildings. The buildings were sold vacant, according to the source.

The purchase comes after a similarly priced buy by Naftali — but on the Upper West Side. The landlord snagged 215 West 84th Street for $71 million, one of two sites that claim to be where Edgar Allen Poe wrote his famous work “The Raven.”

Residents and historians alike might not have long to get a last look at the West side building before it’s demolished for a high-rise. Tenants said the building’s previous owner warned them that the new Naftali owners would tear the site down, CO reported. At the time, the Naftali Group said it was too early to discuss plans for the property.

The Upper East Side apartment buildings have about $21.2 million in consolidated mortgage debt from four loans taken out from 2001 to 2015, according to property records. The purchase of the building was financed by a lender, but it was not immediately clear what the terms of the financing were.

JLL’s Bob Knakal and John Hageman brokered the deal, and a JLL team of Max Herzog, Scott Aiese, Jillian Mariutti and Alex Staikos handled the financing for Naftali. JLL declined to comment on the deal. Sky Management did not immediately respond to a request for comment.

Update: This story has been updated included a statement from the Naftali Group.