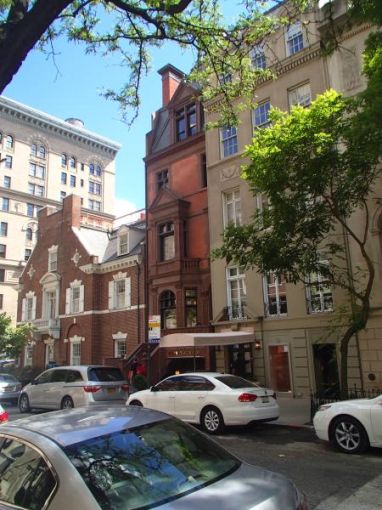 The gallery, which has operated out of New York since 2002, will move into 1,700 square feet with an additional approximately 200-square-foot terrace, according to a spokesperson from Judson CRE, whose team of ​​Nicholas Judson and Wendy McDonald brokered the deal for the tenant. Asking rent was $102 per square foot for the four-year lease.

“With the art market experiencing record sales this year, we have recently seen an uptick in leasing activity for galleries,” Judson said in a statement. “Leon Tovar’s new gallery will make a great addition to the neighborhood alongside other leading galleries such as David Zwirner, Hauser & Wirth and Di Donna.”

Leon Tovar will sit above the Italian restaurant Altesi on the ground floor, and the third and fourth floors of the building are available to be leased, Augenbaum Realty Corp.’s Josh Augenbaum, who represented the landlord, told CO. Sedesco, a real estate investment management firm, owns the property after buying it in 2008 from a Wyoming-based fiduciary company, according to property records and Sedesco’s website.

Leon Tovar’s space was previously occupied by the international art gallery Simon Lee Gallery, which left the five-story building in 2020 due to the coronavirus pandemic. The deal for Leon Tovar, which first opened in Bogotá, Columbia in 1991, closed Dec. 14, according to a spokesperson for Judson CRE.

“The space lent out a beautiful blend of architecture [and] luxury for a gallery of [such] stature,” Augenbaum said.