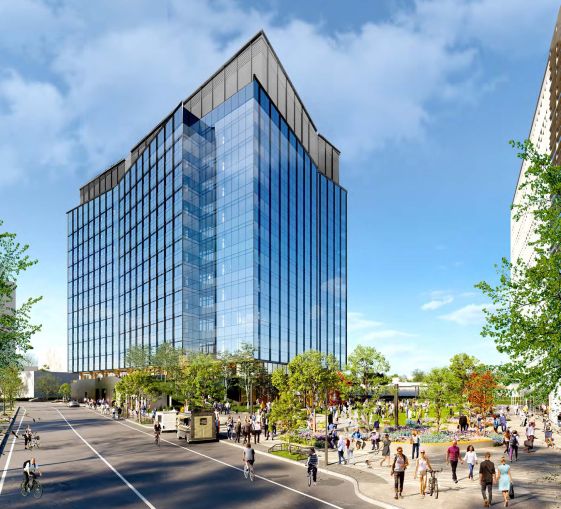 A rendering for the planned life sciences development at 808 Windsor Street in Somerville, Mass. Photo: JLL

JLL Capital Markets represented the borrower in arranging the transaction with a team led by Brett Paulsrud, a senior managing director, and Henry Schaffer, a director.

“On the heels of the success of 101 South, 808 Windsor is poised to be the bellwether asset of Boynton Yards with its sharp facade and seamless integration into the landscape,” Schaffer said in a statement. “We’re thankful to be able to work alongside such a talented development team to secure a capitalization structure that meets their objectives and expands their relationship with a prolific lender in Bank OZK.”

Representatives for Bank OZK and the developer did not immediately return requests for comment.

The 808 Windsor project is located adjacent to the newly developed Massachusetts Bay Transportation Authority Union Square Green Line Station, which is expected to open in the first quarter of 2022. It’s also less than a mile from Cambridge, Mass.’ Kendall Square, which is considered the epicenter of Greater Boston’s life sciences industry. The property is also close to Harvard University and the Massachusetts Institute of Technology.