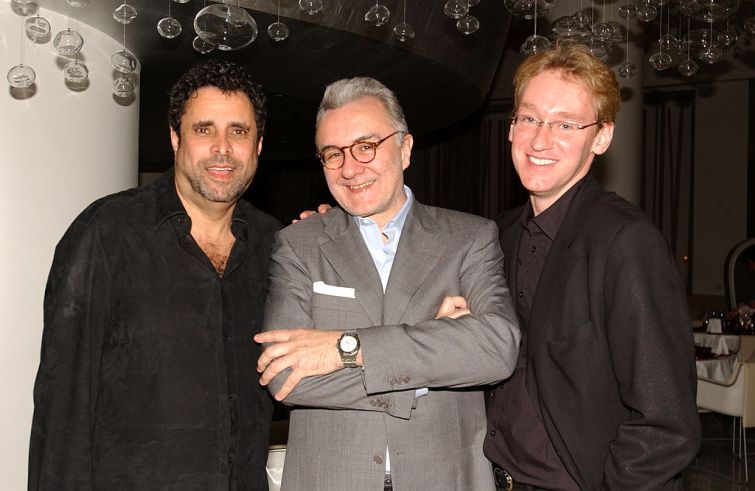 Restaurateur Jeffrey Chodorow, best known for showstopping restaurants and celebrity hotspots like China Grill, Asia de Cuba, and Komodo, is gearing up for a comeback, Commercial Observer has learned.

China Grill Management, Chodorow’s company, inked a deal for a first-floor unit at the exclusive Bal Harbour Shops in the greater Miami area, according to public documents and state records. “It’s going to be one of my classics,” Chodorow told CO about the upcoming restaurant in Bal Harbour. He declined to provide further details.

Between the nineties and two-thousands, Chodorow was a fixture of the New York dining scene and beyond, but in the last decade many of his restaurants closed and he disappeared from pages of food publications where he’s long been featured. Not anymore.

China Grill Management, under the affiliate CGBH, LLC, which lists Chodorow as a director, “entered into a lease” on July 30, 2021, to occupy store unit 135, per a lease provision document. The unit that China Grill signed for is currently occupied by famous restaurateur Stephen Starr’s French bistro Le Zoo.

It’s unclear whether Chodorow’s outpost is a collaboration with Starr’s STARR Restaurants or when the new China Grill space will open. A spokesperson for the Bal Harbour Shops, owned by the Whitman Family Development, declined to comment. A representative for STARR Restaurants did not respond to a request for comment.

The Chodorow food empire once spanned 24 restaurants across three continents. The businessman collaborated with high-profile figures such as French culinary superstar Alain Ducasse and the king of Miami’s nightlife, David Grutman, with whom he opened celebrity hotspot Komodo, where Chodorow remains a partner.

The restaurateur rose to prominence in the 1990s and early aughts thanks to his brash tactics. After Frank Bruni, then The New York Times’ restaurant critic, handed down a scathing review, Chodorow retaliated by taking out a full-page advertisement in the newspaper, writing “there hasn’t been a real food critic” at the paper.

But in recent years, Chodorow faded from public view. China Grill Management does not have a functioning website. All branches of his marquee restaurants, including China Grill and Asia de Cuba, appear to have closed.

For his return, Chodorow chose one of the country’s most luxurious malls, the Bal Harbour Shops.

The outdoor center, lined with tropical vegetation, boasts Chanel, Tiffany & Co. and Gucci boutiques as well as a string of upscale eateries such as Carpaccio, where a lamb chop dish costs $44. The mall’s sales per square foot hovers at an impressive $3,000, according to the Miami Herald and Women’s Wear Daily, though the figure could not be independently verified.

As the exclusive mall welcomes a new dining outpost, it’s fighting with another.

The owner of popular New York eateries Sant Ambroeus and Felice is suing the Whitman Family Development to annul two 15-year leases signed in 2019. In a complaint filed last month, the SA Hospitality Group alleged that construction costs have doubled due to pandemic-fueled supply chain constraints and it can no longer afford to open the two spots.

The group had signed on to cough up $58,333 a month for a 3,264-square-foot outpost on the second floor. In addition, it agreed to pay between nine and 10 percent of gross sales exceeding $8 million, according to lease documents filed in the suit. In its second lease, the hospitality company had agreed to pay $30,503 a month plus a percentage of gross sales exceeding $2.7 million for a 2,756-square-foot space on the third floor.

The swanky mall is also undergoing an expansion. In 2019, the Whitman Family Development scored a $400 construction loan to add 340,387 square feet of retail space to the 463,477-square-foot mall, per South Florida Business Journal.