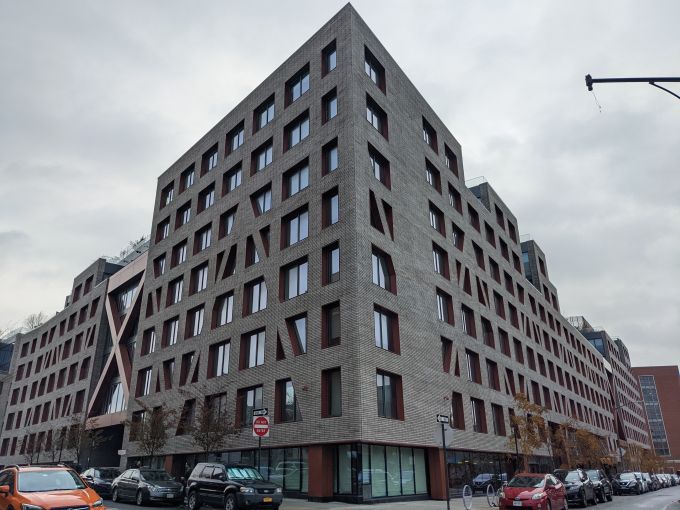 All Year Management closed on the sale of its massive Bushwick development Denizen for $506 million, amid the collapse of its broader empire, according to documents filed on the Tel Aviv Stock Exchange.

All Year’s signature development is a 911-unit complex built in two phases at 54 Noll Street and 123 Melrose Street, formerly the site of the Rheingold Brewery, that was completed in 2019.

The sale to Atlas Capital Group is part of a bankruptcy procedure initiated by All Year in February in an attempt to block a UCC foreclosure attempt from Mack Real Estate, which provided a $65 million mezzanine loan on the Melrose Street half of the project.

The senior position on the Melrose Street half is held by JPMorgan Chase, which provided $170 million for the site, while the senior position on the Noll Street half is held by Israeli bondholders, in a secured series E bond issued by All Year in 2016. As part of the agreement, $245 million will be paid to the series E bondholders, roughly 90 percent of the $272 million outstanding.

The deal was approved by the series E bondholders in August, even though it represents losses above the 10 percent haircut. Because Denizen is part of the portfolio backing the four outstanding corporate bonds All Year issued in Tel Aviv, two of which were unsecured, there are additional claims that are unaddressed by the deal.

Square Mile Capital provided Atlas Capital with $367.5 million in acquisition financing for the deal, according to Meridian Capital Group, which arranged the financing. Meridian also brokered the sale itself, which is one of the largest investment sales in New York City this year, with only one other sale in Manhattan topping $500 million.

The Denizen sale comes amid a long list of defaults, foreclosures and other financial woes for All Year, with a tangle of lenders with conflicting claims on its massive portfolio that includes more than 2,500 apartments and almost 100 commercial units, primarily in Brooklyn.

That portfolio is currently fielding a number of bids from interested buyers. In addition, the William Vale Hotel, All Year’s other signature development that is also backed by a secured bond, is undergoing its own series of bids. Recently, a co-owner of the hotel, Zelig Weiss, made an all-cash offer on it.